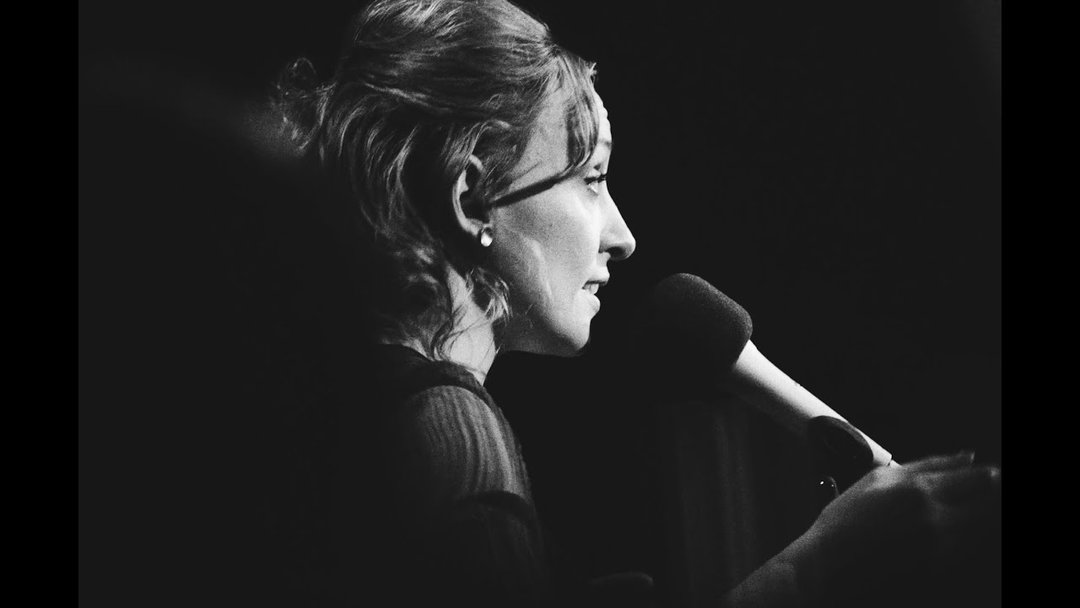 Ana Silvera performing at St. Pancras Old Church in December was not your typical gig. You’d find no drunk revellers here, no floor sticky with spilled beer, no pushing and jostling to find a good spot in the crowd. The beautiful, tiny old church was lit up both inside and out, atmospheric candles decorating the inside. The little area used as a stage was dimly lit with a warm pink glow as I waited for the artist to make her appearance and wow us with her particular brand of spirited alternative folk music.

‘We were brave sailormen / One two we fell / And then we stood again… / Roots, pale in September / And tender as memory’ (Ana Silvera, “Song For Daniel“)

Chamber music by candlelight sounds like a Christmas dream, doesn’t it? At least to some. And Ana’s musical stylings are just that – dreamy. The intimate setting of St. Pancras Old Church combines awe-inspiring architecture with old-fashioned folk storytelling traditions, set to beautiful, ethereal tones. Ana has a soft-spoken, warm, slightly shy stage presence which draws the audience in. This is a performance that feels warm, intimate – which is no wonder, as the church seats only the lucky few that were able to bag a ticket.

The acoustics of the small church helped the music stand out even more – Ana’s gorgeous vocals sounded grandiose within the old brick walls of the church. It was immediately clear that Ana is a skillful musician – as I watched her fingers dancing lightly across her guitar strings, I was struck by the realisation that this is an artist who has honed their craft over many years. The multi-talented singer-songwriter plays the piano and guitar as well as the harmonium.

For this intimate event, organised by the Green Note, Ana is supported by double bassist Jasper Høiby, as well as the Camden Voices choir. The evening starts off with Ana and Jasper’s quiet, dulcet tones filling the church. As Ana welcomed the choir onto the stage, their beautiful harmonies mingled perfectly with Ana’s crystal clear vocals.

Damn – Ana has range. And lyrically, her songwriting is unique, with beautiful depth and nuance to her pensive, soul-searching lyrics. She sings with a passion and vulnerability that adds urgency to her often raw, emotional lyrics. ‘She rubbed my joints with oil and rags / Until they shined like leather / She laboured till my blood began / To murmur like a river’ (Ana Silvera, Skeleton Song)

An accomplished composer, Ana was nominated for a British Composer Award in 2012. She’s a deeply creative artist, with inspirations and influences from a wide range of sources. Her sound and lyrics can best be described as alternative folk, building on folklore, tradition and myths. Performing an ancient Gaelic hymn, Ana makes the song sound timeless, mixing tradition and modernity in one. Blended with a beautiful, confident vocal style, entrancing choral lines and sweet, simple piano melodies, Ana’s sound is completely her own. Comparing her to any other singer is difficult, but imagine Fiona Apple, Kate Bush and Joni Mitchell weaved together in both harmony and conflict and you’ll have an idea of what Ana sounds like. For those of us lucky enough to spend the evening with Ana in St Pancras Old Church, this Christmas candlelit church performance was the perfect way to enter the dark winter period.