Our live stream on June 16th was a real gem. We had legendary blues musician John Primer joining the stream, live from his Chicago home. A stalwart of the American blues scene, John is known for his traditional, classic blues sound – Chicago blues and electric blues. His basement studio is a cool space, with posters, records and an amazing collection of guitars. This is where John has been keeping the blues alive during the pandemic, and we were delighted to have him join our Lockdown Live stream. Playing his cool red Telecaster electric guitar as well as his traditional acoustic guitars, he well and truly brought the blues to lockdown.

John represents the older generation of blues musicians, surrounded by posters of the legendary artists and bands that have inspired him throughout his career – his studio is infused with the music and traditions he grew up in.

John has been huge on the American blues scene for several decades, known for his classic Chicago sound. The two-time Grammy nominee has been integral to the Chicago blues scene over the last 40 years. He’s been inducted into the Chicago Blues Hall of Fame, and has played with some of the biggest names in music.

When I moved down from my hometown, Mississippi, to Chicago in 1963, I dreamed of playing with Muddy Waters and my dream came true when I finally got to play with him in his band for a while. I had a great time. He was one of the greatest, the king of the blues for me, and I always studied his music and liked his style and the old-time blues. Then after Muddy passed away, I got the chance to work with another great band around 1988, playing the old traditional blues and I had some great years with Magic Slim. I played 13 years with Magic Slim and those were some good times.

In 1979, John was asked to join Willy Dixon’s band, The Chicago Blues All Stars. About six months later, Muddy Waters came to a show and heard John play.

“That man knows my music,” Muddy said to him.

John laughs, remembering what Muddy said when he came up to him later.

We were meeting at his house at 10 o’clock the next day, it was around 2 am when he asked me. I didn’t even go to bed that night – I stayed up all night, I was so excited!

Thus started his long-running partnership with Muddy Waters, who he played with until Muddy passed away in 1983. John was invited to serve as Muddy’s guitarist, band leader and opening act for shows. After his long-term gig with Muddy, John joined Magic Slim as rhythm guitarist, before going solo in 1995. Since then, John has released several albums and played countless gigs and performances in Chicago and abroad.

The iconic singer and guitar player is known for his R&B vocals and spectacular guitar skills. A masterful slide guitarist, John is a lightning fast player. The slide-based style of guitar playing is one that has traditionally been popular among musicians and is strongly blues-focused. He played a guitar on several songs for Pinetop Perkins and Willie “Big Eyes” Smith’s album Joined At The Hip, which won a Grammy in 2010.

John is one of the rare remaining blues traditionalists. On top of his long-running collaborations with Muddy Waters, Willie Dixon and Magic Slim, he has had countless jam sessions and performances with bands and artists like The Rolling Stones, Junior Wells, Buddy Guy, Derek Trucks, Gary Clark Jr, Smokey Smothers, Lonnie Brooks and Johnny Winter among many others.

I played a lot of blues with Willy Dixon and his band, and then I made my way down to a club called Theresa’s which was a great club with lots of great blues musicians playing and hanging out there. I got into the house band at Theresa’s and played there for 7 years. Great musicians came through there – all the blues singers, all the greats, and we had a great time.

I had a wonderful time playing with them. I miss all those guys, they taught me a lot about the blues. I’ve learned about all kinds of music, played all different styles, but blues is my thing.

He’s an expert in the traditional slide guitar techniques, and alongside covers of classic blues tracks, he also writes his own original material, often featuring heartfelt, genuine lyrics. 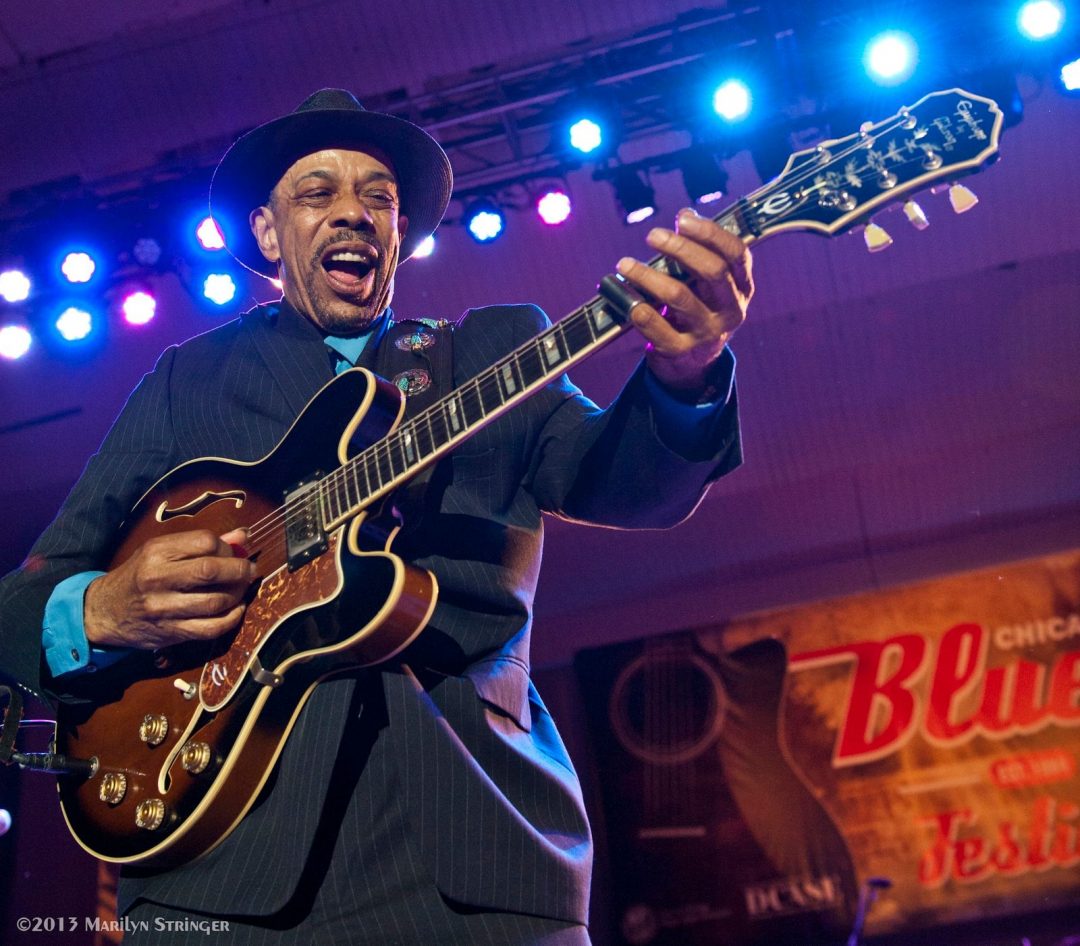 John is one of the last old-school blues men, with decades of experience under his belt. At the age of 75, John shows no signs of slowing down. Since lockdown started, he has started live streaming gigs every Sunday for his fans around the world. The Sunday sessions, from his studio basement allows the iconic blues musician to connect with fans and keep the music alive even in isolation. He’s also steadily releasing new projects, including an album that came out in May.

I have a new album out, called The Gypsy Woman Told Me, it’s number 14 on the charts right now.

The new record is John’s third album is collaboration with legendary songwriter and blues harmonica player Bob Corritore, and it debuted at #2 on the Itunes Blues charts.

Check out John’s website and Facebook page to keep up with what he’s got going on, and have a listen to the Spotify list below with some of his best tracks. Be sure to watch his incredible live performance for us if you couldn’t tune in on the 16th – or watch it again just to see this living legend in action once more! 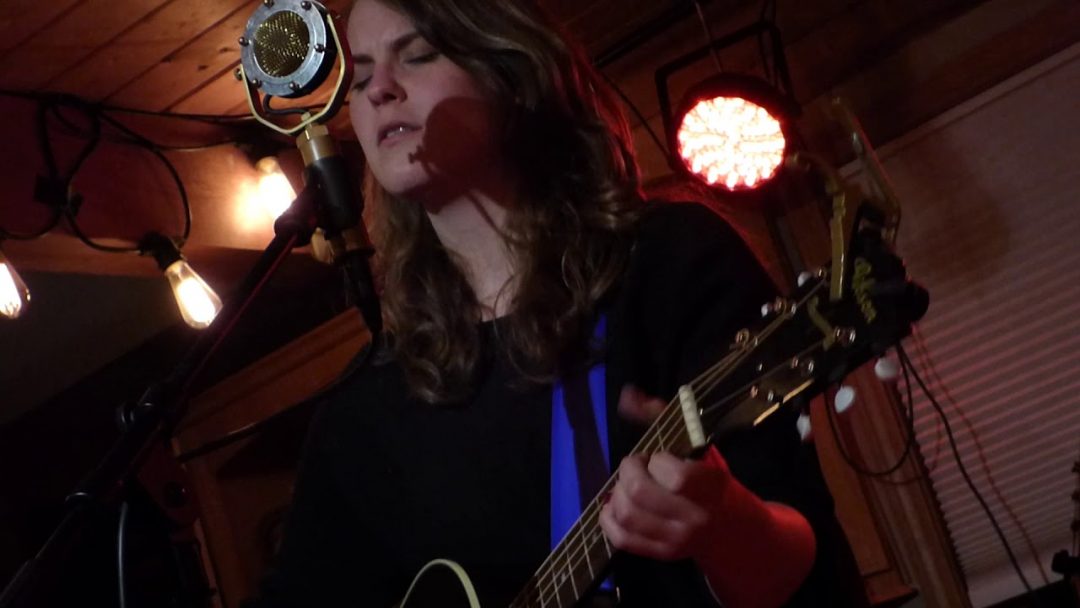 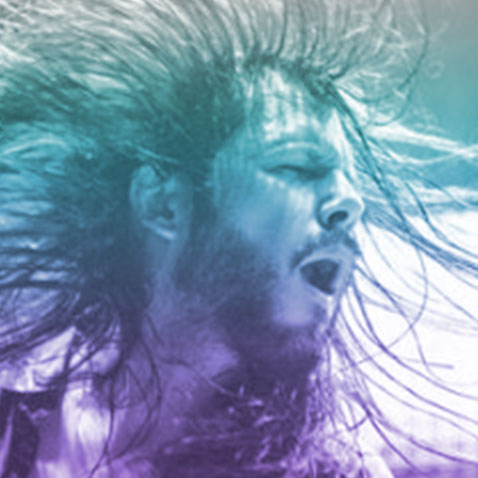