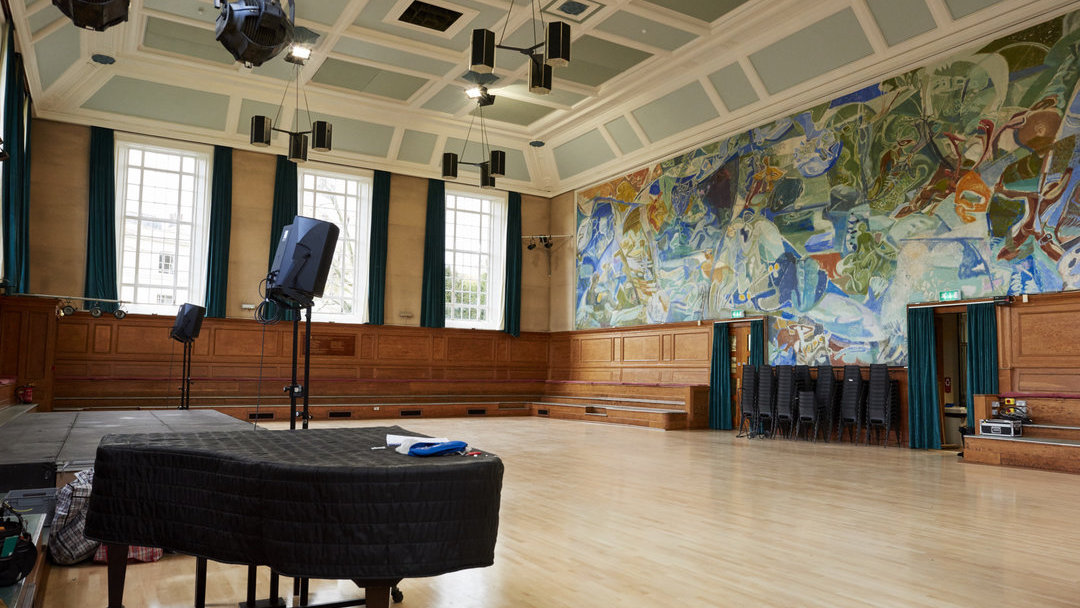 Cecil Sharp House is one of the most legendary venues in London. Built in 1929 as the headquarters of the English Folk Dance Society, it was named after its co-founder, Cecil Sharp. Think of Sharp as kind of a folk rock n roll ruffian.

The first song he ever found, “Seeds of Love“, was shared by friend and gardener, John England. And after that moment of whimsy, they decided to go on a song finding mission together, riding from village to village on his bicycle, collecting songs … He collected around 5000 altogether.

Without this teacher-cum-folk-fanatic’s tireless efforts, they could have been lost completely. Without him, we might not have Morris dancing, which I think we can all agree, would have been a huge loss. He also saved one of the best songs ever written, “The water is wide”.

As everyone left the fields and headed to work in the factories, the word of mouth traditions were fading. Without these roots of our past being saved, Mumford and Sons might not even exist. Nor Laura Marling. Nor Simon and Garfunkel.

Having scoured the country for years, Sharp sure had some stories. Here is a tribute to those stories and songs at the Radio 2 folk awards:

Within the House, you can find the Vaughan Williams Memorial Library, England’s national folk music and dance archive. The Library is open to visitors (if you ever fancy hearing someone from 1910 singing songs about flowers).

Their large hall feels homely, almost like a school assembly room, full of light woods and a large colourful painting on the back wall. It’s there that they put on some pretty stonking live folk gigs. Cecil Sharp have had a few major acts walk through their doors, including the Bombay Bicycle Club, Laura Marling and Goldfrapp. Mumford have, of course, played the home of folk music.

A long line of strong performers regularly fill the place, and the folk bouncing off the walls somehow gives it a warm, cosy feel. A little like going to sit by the fireside, a gig at Cecil Sharp can always guarantee a warming of the cockles … It’s like the building knows it’s own history.

Check this haunting and thought-provoking performance by Dead Belgian:

Like all art forms, folk is rooted in the past. Just a little further back than dubstep. But in the end, it is what is being created right now, that what keeps it alive. As Katy Spicer, the artistic director at Cecil Sharp, put it, folk is “a living tradition, a living art form that is constantly changing and developing, influenced by whatever’s going on in the world”.

A major focus of the EFDSS is supporting emerging young (and not so young) artists. They reach out to the community through outreach in schools and through workshops and classes. They have created The National Youth Folk Ensemble. New and emerging artists within all fields of music and dance draw on past traditions – sampling tunes, borrowing lyrics or interpreting dances in new ways – to create a new sound or innovative choreography.

Folk has been and always will be, about people’s stories and connecting to deep emotions. But that doesn’t mean it can’t be recreated anew. Katy believes that folk isn’t over, just yet: “I think people often think that folk means tradition, meaning it must be historic and preserved. We’re not the music or dance equivalent of, say, a historic house or museum artefact – we’re part and parcel of that history – but it’s also about saying, ‘this is living and breathing and keeps developing and that’s what makes it vibrant.’”