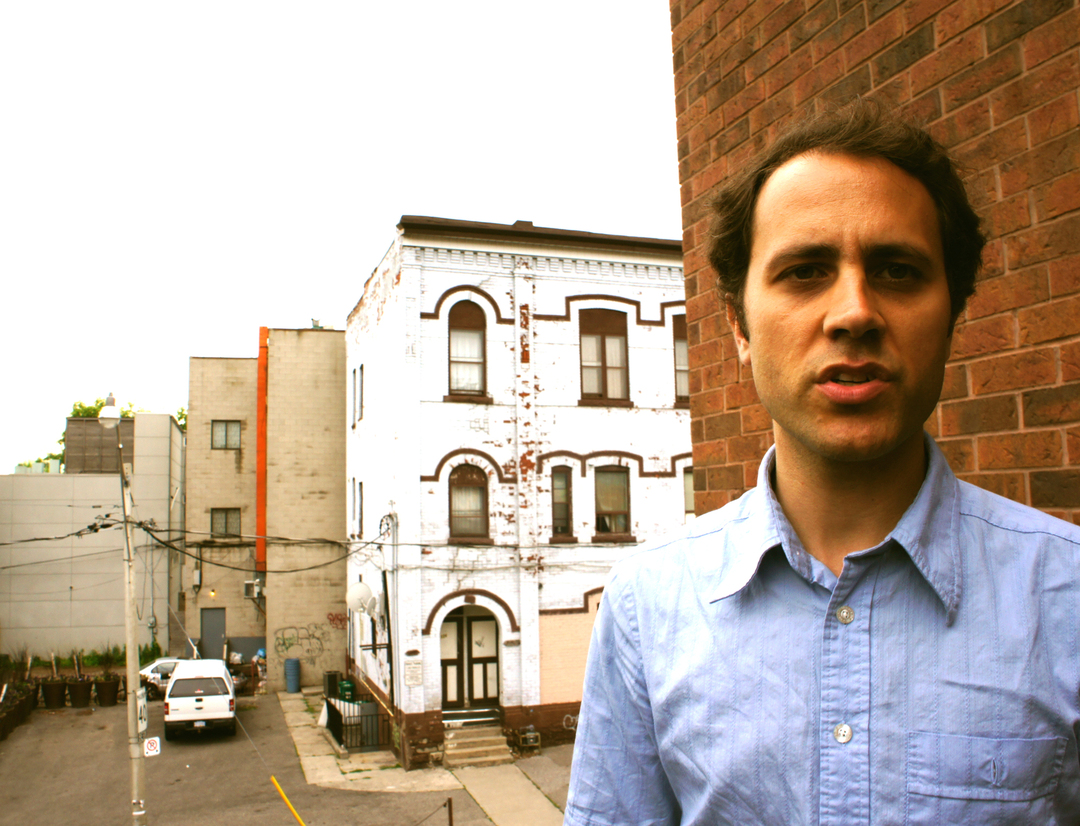 From Canada with love - Sandro Perri

From Canada with love - Sandro Perri

I’m an electro-folk gig virgin. Or, at least, I was, until I decided to pop my musical cherry. That’s when I soaked myself in a bath full of Sandro.

A musician and producer for over 20 years, mixing and producing for a number of artists, as well as creating his own sound, Sandro’s fusion of music is hard to define. Covering multiple genres – folk, post-rock, electronic and blues – it’s a contemporary mix that’s been intriguing audiences for a long time. And I can confirm that I am most definitely intrigued. He tries to attempt the impossible – infinity encapsulated in music: “[…] The term ‘infinite’ songwriting suggests that some songs might be designed to hold the feeling of infinity and/or the concept of infinite possibility.”

But first, let’s talk Sing Leaf, who introduced the night.

Sing Leaf – aka keyboard/vocalist David Como – came onstage to perform his blend of electro-folk. Loved the deep bass reverb and weird-but-wonderful synth layering effects. It made me think of a heady, hot summer, lying in the grass, watching the clouds drift by. Sort of otherworldly, bare and trance-like. In between the electro tracks they would switch from heady beats to quaint harmonies and gentle strumming. Reminded me of Simon & Garfunkel and the ’60s.

And the main event?

Sandro greeted everyone, introduced the band and gave a shout out to fans who’d followed him there. Some had come all the way from Canada! This summer, Sandro’s been performing at festivals across Canada and the UK – at Feast In The East in his hometown, Toronto, and at End Of The Road Festival in Wiltshire. He gave Kings Place a special mention, calling it his “favourite London venue”.

Sat on a stool, he looked at home. As if he were in his own living room. The vibe of the room was chill, but with a sizzle of ‘something-special-is-about-to-happen’. Sandro was effortless and laid back.

Listening to Sandro is like being baked on a warm Saturday on the grass. He chats to the audience as if they’re his mates, and some of them probably are. He’s got some pretty loyal fans.

His voice is delicate and almost ethereal. Not a phrase often used to describe a man’s voice, maybe that’s what is sort of mesmerising about it.

Two of his songs, “Changes” and “Wolfman” from his 2011 album, Impossible Spaces, caught me by surprise. Changes is a catchy, uplifting roots-rock track. Think Sufjan Stevens without the angst. “Wolfman” is a bit out there. This track is a little bit rude romantic, with a funky walking-guitar riff: “Today I saw you as big as the ocean… I jumped right in you covered me like a lotion.” Now that’s a vibe I can get down to.

“God blessed the fool”, from his new album, Soft Landing (released on Friday 6th September) is sexy, broody, bluesy and understated with a cool beat. Must be the year and a half he spent at jazz school. This is probably where his obsession with song structure comes is, preferring to string together some catchy hooks, rather than necessarily playing the standard verse pre-chorus chorus structure.

He’s also a blending maestro. He mixes flute with acoustic (guitar), percussion plus bass guitar plus weird alternating harmonies… dreamy riffs that mean you can’t help but relax, no matter how stressful your day.

The winner of the night had to be “In Another Life”, a 20+ minute track that is repetitively addictive. It has an earworm of a hook that is repeated nonstop by the synth, while Sandro splashes around, playing on top.  There’s a touch of psychedelic in the guitar parts. Sounds a bit like being happy drunk and watching Stranger Things.

Sandro tests the audience to see if they will fall into a meditative state: “[With these songs] you come up against your limitations as a listener and say, ‘Okay, is this going to keep going?’” (…) “You either shut it off or you stick with it and go to a different place. Perhaps you notice your tolerance levels expanding or your attention span growing (…) I’m attracted to things that slow down my brain because everything else is trying to speed it up.”

Sandro was listed for a Polaris Prize and the song “Double Suicide” was nominated for the SOCAN Echo Songwriting Award. He’s also worked with the likes of Lorenz Peter, Drew Brown and MJ Silver.

Check out his top tracks here: