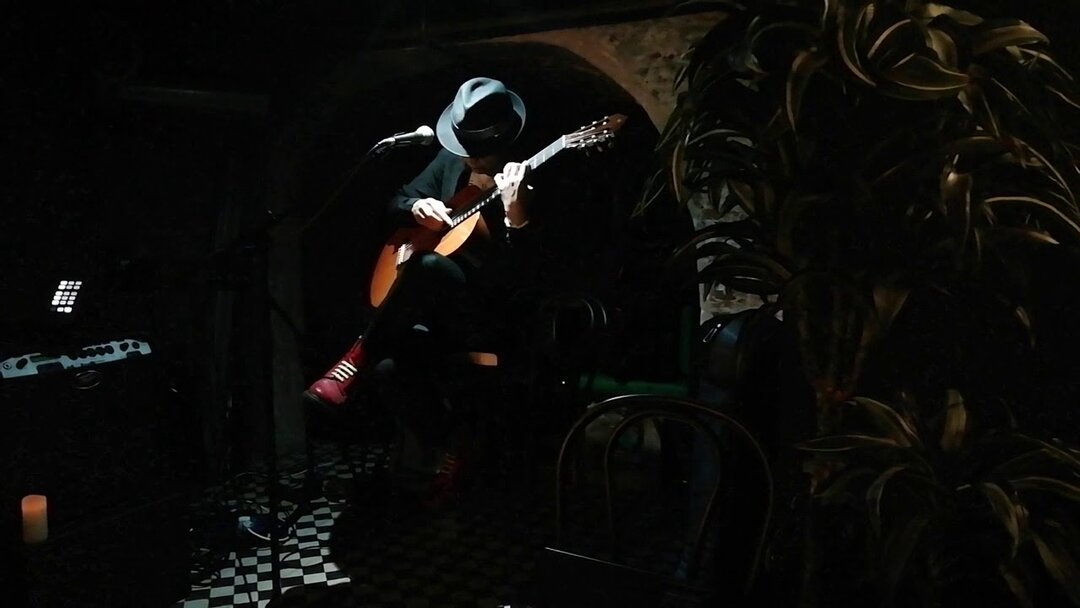 Every now and then we get a guest who is out of this world. John Primer comes to mind. Hidè Takemoto is the kind of guitarist that tunes up while he’s playing. That good. The kid of guitarist that melds Spanish, classical guitar with Indian harp playing, and some sort of Avant-guard trickery, in his spell called “magic fingers” makes his guitar sound like cymbals and a percussion instrument I’ve never seen before and still have no idea how he did it.

Impeccable phrasing and songs that jump from the fantastic to sensitive licks and simple melodies to draw you in. He’s put in his 10,000 hours. But that’s not why I like this guy, there are plenty of classical guitarists that I love. It’s his original flavour and his own spin on fingerpicking style guitar that makes me love Hidè’s playing. He tunes his string down an octave at one point, tuning it up in time to create a mean baseline during the reprise! He’s ridiculous, and I love musicians that make me sit up and take notice.

Sure sure sure *laughs*

So, what are you going to play for us tonight?

I’m going to play some of the tracks from my latest release – I released an EP November last year, and it’s called Featherings and it’s got six songs there, maybe I try to fit as much as possible (…)

So I think I’m gonna start off with this song called “Magic Fingers” because the way I play the guitar, some of the techniques are actually quite strange! Because they’re kind of unusual *laughs* Lots of people say to me after the gig, “that was really weird!” Hence the title…

I knew you were going to say that! *laughs*

Magic fingers… it was like you were going to disassemble the entire guitar! How did you get the idea to play like that?

It’s all from different places. This one (plays guitar in a muted flamenco guitar style) I saw my guitar teacher do that. And what a cool thing to do. I begged him to show me how to do it, and it’s quite the new idea and it doesn’t have a name and I’ve never seen anybody who’s doing this, so…

Yeah, I’ve never seen any of that stuff. That’s crazy. I’ve never even seen anyone touch the tuning part of the guitar while they were playing, it’s another dimension.

*laughs* Now this is actually from YouTube. This is something where I was browsing on YouTube and I found this really weird Brazilian guitar guy…

I thought you had kind of a sitar thing going on – I thought you were going to turn it sideways and start plucking it for a second?

Yeah, I got lots of ideas from different friends and different places. I used to play the Indian sitar, so there’s an influence there. It’s good stuff.

Yeah, we have a whole pile of comments that everyone’s like “wow, what was that?! That was amazing.”

So, where did you learn to play guitar?

Actually, I started off as a classical guitarist. But from the very start, I picked up my electric guitar and tried to play the songs like a Japanese rock band, you might know the guys like X Japan and the visual, you know the guys like (…) with the make-up and the blond hair with spray…

I saw some guys who were in Camden at the Electric Ballroom – Japanese speed metal – that was pretty crazy.

Yeah *laughs* I used to love those guys. And then I actually started to learn guitar and music properly so I went to a music college in Japan and then I came to London.

Which part of Japan are you from?

I’m from Kyoto. It’s a South West part of Japan. It’s like, a really old city, I don’t know what would be the equivalent to the UK, something like… maybe Manchester or something, could be Birmingham.

And then I came to London to study guitar, music, composition, I went to music school…

We were talking about Camden places, but, you’ve played at the Green Note often, right? I really miss that place.

Yes, the guys are so great there.

How long have you been in London?

Oh no, serious?! *laughs* You’ve got the Camden accent!

I have it now, yeah, I don’t curse as much and I’m more polite.

So who are your guitar heroes?

Yeah, because you have a lot of flamenco moves going on there. Do you know the guitarists Rodrigo and Gabriella?

Of course, yeah, they’re so cool.  I’m really amazed that she [Gabriela] self-taught, all of these amazing percussion [tricks] … and the quick strumming …

They’ve come to Camden quite a few times.

Oh really? I have to see them.

They would busk a lot, they would play and I’ve seen them in the Roundhouse. They came a couple of years in a row, and they’re just unbelievable.

I love them, I love them. I only just found out about them – four/five years ago, it’s just so cool.

The problem is, we cannot really copy them. *laughs* Because I learnt a bit of Spanish style, so I kind of know how to cheat, but it’s not really the same. But she also played heavy metal, that was how they got into it. Their breakout song was “Stairway to Heaven”, they did a flamenco guitar/acoustic guitar cover.

I love that track. I did actually attempt to copy them once *laughs* but because there’s two of them… I was very young, in my early twenties, I thought maybe, if I can try it, to play both parts (plays an extract of the intro) and I… I gave up!

It’s too hard! *laughs* Too hard, too much, too many notes!

Catch more of Hidè Takemoto on Spotify and the stream… 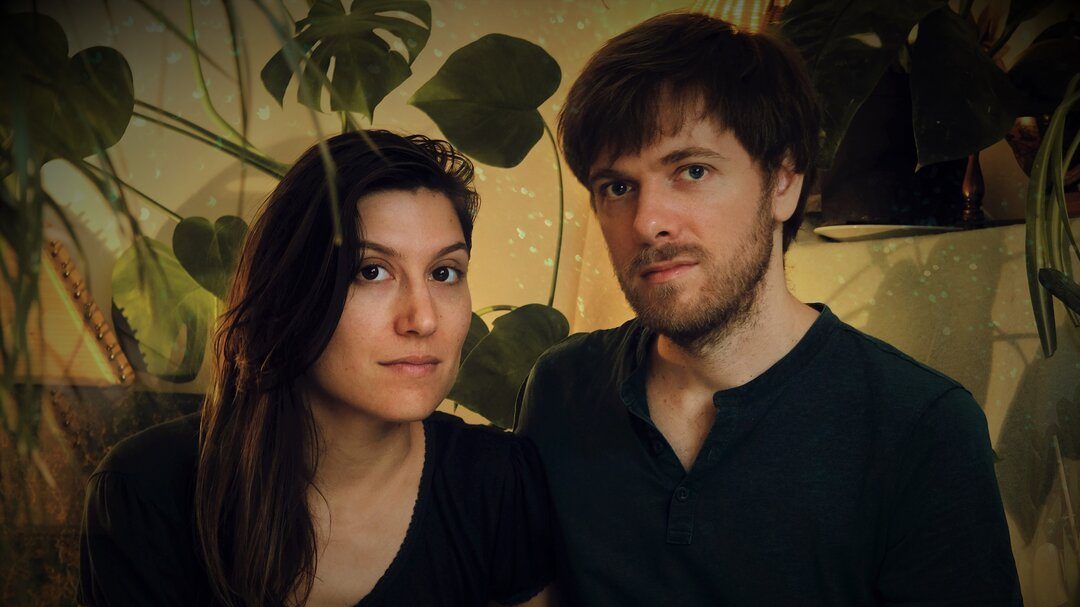