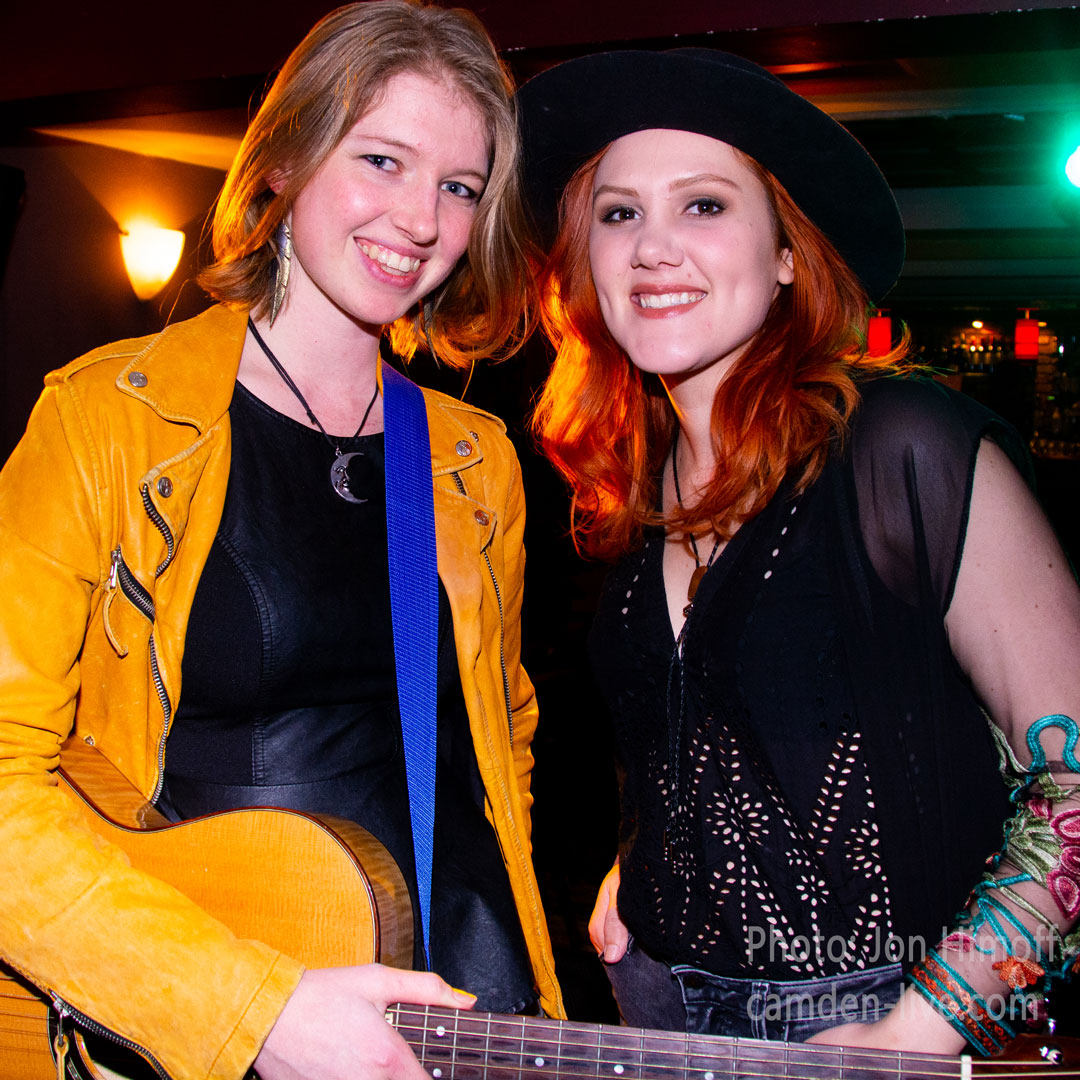 Rachel Laven and Grace Pettis, two Austin, Texas-based artists combined their presence over at the Green Note on March 11th, 2020. Laven has been living up in Leeds for 6-months and Pettis was on her first proper visit to London. Although they probably would have eventually met in Austin, the two met at a songwriter’s festival and decided to tour Europe together.

The pandemic hadn’t hit London fully yet, but it was looming over the evening. They played a great couple of sets together, trading off Rachel’s guitar between songs in a round format. You could immediately tell that they enjoy being together as much as they love being on stage in front of an audience. Two different styles, both intriguing and full of emotion and force. Impressive singers and songwriters no doubt, but we do get spoiled with such amazing artist regularly at the Green Note. Check out this playlist here to get an idea of their sound.

We caught up with them just after the soundcheck before the gig.

Rachel: I’ll have a whiskey and coke.

Grace: I’ll have a whiskey and whiskey.

Despite their wide-eyed, charming demeanors, they are both battle-hardened gig road-warriors. Each comes from a family of musicians. Pettis’ father, Pierce Pettis, is a professional songwriter and singer and despite his efforts to convince her not to follow down the same road, she did.

GP – My father started out in Muscle Shoals, Alabama and basically has been on the road ever since. My brothers all play also. When I was little I ran my father’s merch table at his gigs. A five-year old girl in pigtails can sell a lot of stuff. We would all lick stamps on his fan postcard mailings. My parents are divorced now, but the one common front is try to talk me out of being a professional musician.

RL – My parent both played music around their full-time jobs. When I was five, I was up on stage singing in their cover band. By ten I had a picked-up the guitar as did my brother. So we became this family group. I’m the only one who took it to the next level.

RL- Me, I’m always in charge! Even when I was twelve-years old, the managers would always come over to me and pay us.

GP – No one is in charge in our family. It gets difficult. I’m pretty stable though, no addictions or mood issues. I prefer all my drama to be fictional.

JH – Grace, this is your first visit to London?

GP- Yes, I was at Glastonbury once. We had a walk around the Camden canal earlier, wonderful vibe.

RL – I’ve played the Green Note before a few times. I had seen it mentioned on all the rosters of my favorite musicians, so it became a goal for me to get on the stage here. It’s the best venue for folk and country in London. It’s my go-to.

JH – Coming from Austin that says a lot.

GP – Austin is a great place for music. It’s a perfect place to start-out or end-up. In the middle people go to LA. It’s pretty liberal with lots of students and more than a few hippies. Now there are also a lot of tech companies. As the state capital, it’s proud to be part of Texas. The Texan spirit also supports local bands. People wear jewelry around their necks in the shape of Texas. You don’t see too many people wearing Florida around their neck – that also looks obscene (unless it’s Florida man). 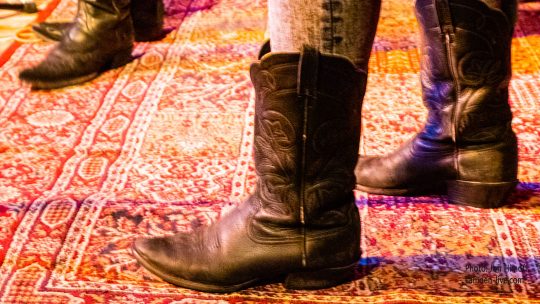 JH – How do you find being in Europe?

GP- We’re all from the Appalachians and have a mix of Scottish, English and Irish roots. They all played fiddles and brought the melodies and songs over from Europe with them.

JH – Maybe that’s why Brits love country music so much. What types of songs are you working on now?

RL – I’m the exact opposite – everything is very inward now that I’m are up alone with my husband in Leeds. When we got there the weather was all raining and we felt isolated. The new songs are about depression.

GP – Blues are usually about things that go wrong for people. I like to think of Folk and Country and two sides of the same coin. Folk confronts people about their presumptions. Folk makes people think about things they have taken for granted. Country affirms things we all know. Both are written by the average person. Where Country leans to be more conservative, Folk is more liberal. They balance each other out. I like to be in the middle of that.

RL – Americana tries to get the best of both.

GP – Both though are also really only about white people. The story about Southern black people is not represented at all in Folk or Country.

RL – Neither is the Mexican story and in San Antonio that is 75% of all the people there.

GP – So a lot is missing. I want to be on the side of change and not be complicit in the white-washing of the South that is so common. Yet, I also don’t write songs with an agenda. Some people can make that work, but I can’t do it.

RL – If we did have an agenda it would be feminist. There is a lot of common ground that needs to be addressed for women.