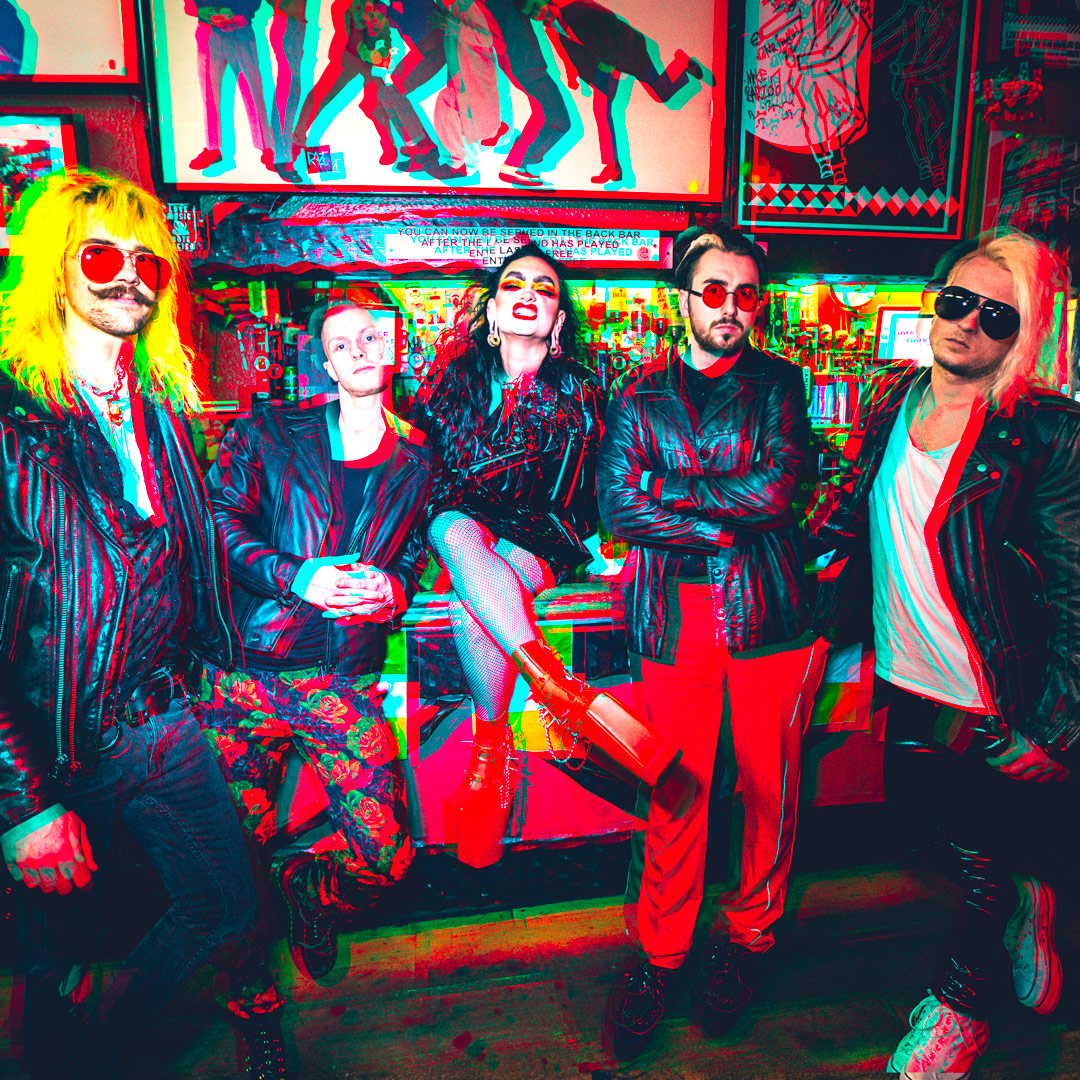 Jo-Jo and the Teeth deliver a big rock sound, full of riffs, blasting vocals, whipping hair flips and a lot of sneers. Now they are back in your face.

It’s not too much of a surprise when Canadian rocker Jo-Jo says she “didn’t fit into the normal proportions of adulthood.” There is something out of scale and ready to go-off from this high-energy, edgy band whose unofficial mission is to “keep it sweaty.”  The 5-piece group describe themselves as “loud-blues-rooted glam rock and roll.”

Their new single “Don’t Get Too Heavy” just released and they are having a launch party show at the Camden Assembly on 06 May to play it live.

The road back to Camden has been hard for the band. Covid meant laying low in a Sprinter van in Ireland and burning down their cash and snack food to almost fumes. Being up against it stiffened their resolve. Says Jo-Jo: “we reassembled and regrouped.”

They found a way to record 12 songs into a new album due out later this year. Some of the tracks are songs they’ve played before, but they have been captured new this time around in the studio. They recorded live over at the Albion Rooms taking advantage of the Libertines kit and spirit (plus whatever they might have found lost under and amp or in the carpet). Jo-Jo released a lot of her demons to get this done, so much so that she remarks she “can now sleep at night.” That does not mean a chilled show though – expect mayhem and a great performance.

Check the new track Don’t Get Too Heavy below  – or try to grab a ticket for the launch party show – also with special guests TIZANE and BANG here.