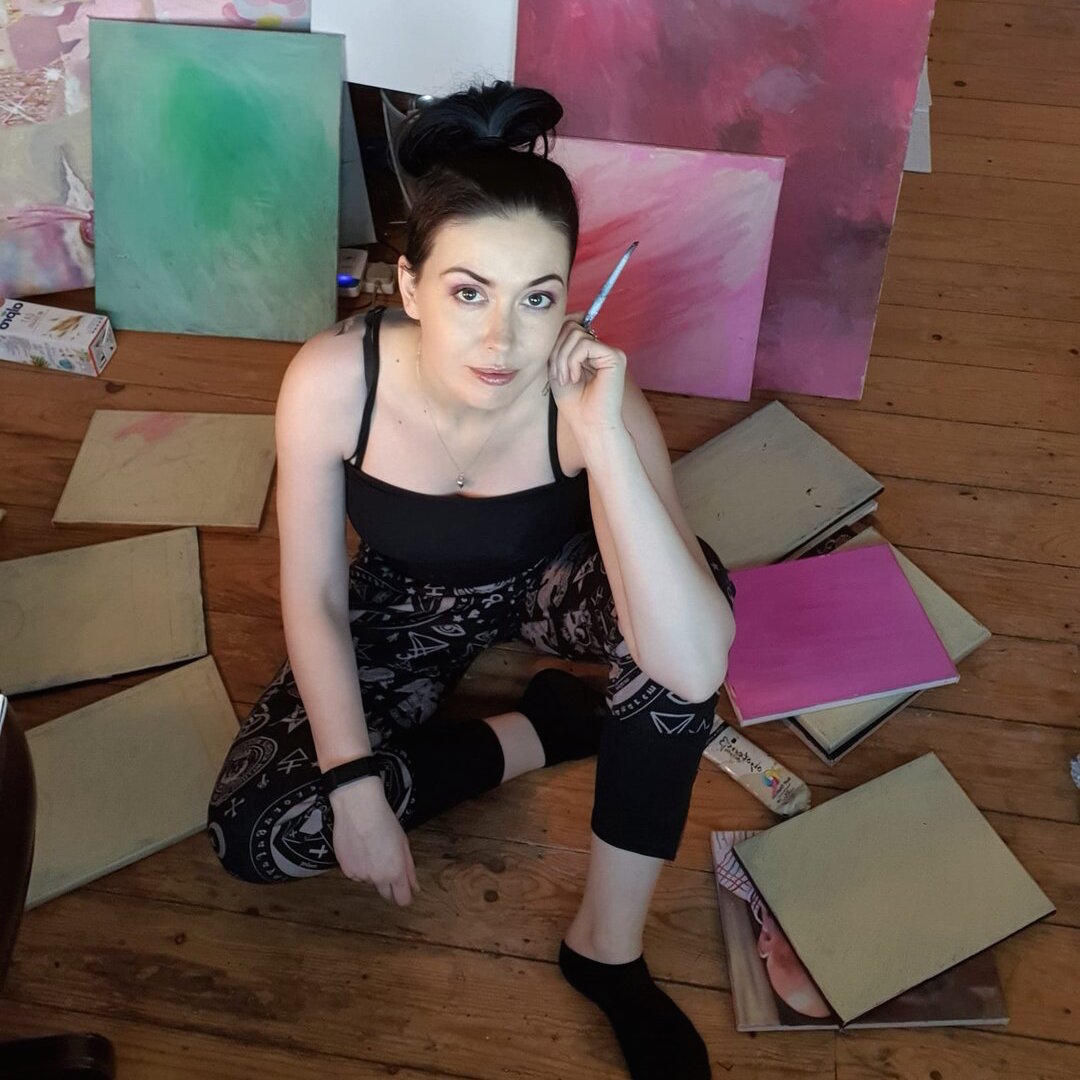 Kate Lomax recently took time out of her busy schedule to tell us all about her burlesque roots, fire shows and … wrestling. She recently designed our t-shirts and has a clothing line of her own which will steampunk blow you away.

So how did you end up working as an artist?

All I’ve ever wanted since I was little was to create for a living, which is my main inspiration for taking this route, seeing it was a possibility to support myself this way. Focusing on this area and finding a niche has helped me follow that dream.

I started out the more traditional art route, painting and studying illustration at Camberwell, University of the Arts London. I was originally working as an artist painting on canvas and trying to making a living selling paintings that way. After uni I kinda fell into the entertainment world.

Do you remember when you first felt like this is a thing you wanted to do?

I was always drawing and painting from a very young age, pretty much from when I was old enough to hold a crayon, it always felt like the natural path. I was always drawing, daydreaming and imagining. Always excited to enter colouring in competitions when I was young! I’m very fortunate that my parents encouraged all things creative. My nan was a watercolour artist so I think I picked it up from her, which I’m so very grateful for.

“All I’ve ever wanted since I was little was to create for a living, which is my main inspiration for taking this route …”

I love the art on your website, the coats have such a unique style! How did you get into clothing design?

My painting and pen and ink work looks at loneliness, imaginary worlds and alternative universes. I find tarot cards fascinating, and I love looking at characters and archetypes.

I can see comic books in your designs, is that something you’ve created as well?

I haven’t created a comic book, but I do love graphic novel style art. From studying Illustration I am always drawn to creating a narrative in my work, and things having a story, most of the time an ambiguous one, so the viewer can decide for themselves what it’s about and what it means to them.

I always find it interesting how different people can look at the same thing and apply such different meanings to it. I like it when people can see themselves in the stories in the artwork, and find it relatable or strangely comforting, it’s a great feeling to be able to communicate with people that way and make people feel seen.

Are there any other kinds of art you’ve tried before this?

I often work with pen and ink to produce black and white images. I really enjoy such a simple tool as the humble biro pen! The shading you can achieve with it is so effective, it’s inexpensive, and you can create pieces anywhere in a sketchbook, traveling on a bus or train, or sat on the sofa half watching a film.

I like oil painting, I haven’t done any in a long time but really want to get back to it. The skin tones you can achieve with it are amazing, so I love doing portraits with it. I used to do more traditional portraits, but when I go back to it I’ll be doing more of my surreal characters that I used to create earlier on in my art journey years ago.

How did designing wrestling costumes come about?

Within the wrestling world I started out as a body painter in creative make-up, and also a ring girl and fire performer for Mexican style wrestling and cabaret show Lucha Britannia. It was from there I made a lot of contacts and friends in that scene. I painted my first wrestling jacket a few years ago, which was a basic logo design for a wrestler friend, and it really just took off from there. More and more people on the wrestling scene started asking for their logos and designs, and then the ideas started getting more elaborate and I got more creative freedom.

The wonderful thing about wrestling is that people want their entrances to be as epic as possible. There is a lot of creative freedom and unapologetically bold style going on in that world!

“It can be very hard as a living artist to balance between taking on enough work that keeps you fed, and with a roof over your head, and allowing yourself time to create the pieces you actually want to.”

Your style is pretty theatrical, is that coming from a history in theatre or is it more your personality?

I have a background in fire performing and doing burlesque, that was how I spent my 20s, going around the UK and Europe doing fire shows, mainly at rock and metal clubs and festivals, and the London cabaret scene. Feels like many moons ago! I also do some occasional work as a film and tv extra. So I was always interested in customising outfits and embellishing everything with rhinestones, fringing and studs. I am a bit of a magpie and love anything shiny and gaudy, so am really drawn to over the top, loud costumes and outfits of the entertainment world, be it wrestling, live music, or cabaret.

Although in day to day life I mainly wear 95% black and am a total introvert, so the things I produce I guess are more of an extension of one side of my personality. As an introvert maybe I live vicariously through those extroverts that wear my designs.

Which mediums/techniques do you use?

I use acrylic paint and specialist leather paint for working on jackets, and also use airbrush paint sometimes. I have a love-hate relationship with airbrush. It can look incredible but can be a pain to get the hang of. I have huge respect for airbrush artists! I like using Swarovski rhinestones and various spikes and studs for embellishments, I’m always finding them down the sides of the sofa, and all over the place after working on a project.

Do you go to gigs around Camden a lot?

Yes, pre covid and especially in my 20s, I would spend a lot of time in Camden. I used to cage and go go dance at Inferno, the goth/rock/industrial night at Electric Ballroom, so was I always out around there.

When I worked with an entertainment agency doing fire, dancing and stilt walking, we got to work on Devin Townsends Retinal Circus show at The Roundhouse, doing background character work. It was such a cool experience – chaotic, full of madness and pure joy!

The fact there is (or was, and hopefully soon to be again) so many things going on in such a condensed area of London, we are spoiled for choice to have it here on our doorstep. When I first moved to London from Lancashire at 18, I just couldn’t believe how exciting and big the music and nightlife scene was, with such iconic venues a stone’s throw from each other.

Even though I did use to go out there a lot, I feel like I still took it for granted before the pandemic. So when things eventually start to happen again I’ll be sure to be out and about supporting the scene again.

Do you have a philosophy with your work that you follow?

I actually had to have words with myself in lockdown, as I had realised that over the years my work was drifting into becoming people pleasing work, that didn’t represent who I was, what I’m about or the messages I want to give in my art. It was becoming diluted and sometimes had become a chore to produce. Creating for a living is the dream, but it can actually be a drain on your true authentic creativity when you are producing what you think people want to see.

It can be very hard as a living artist to balance between taking on enough work that keeps you fed, and with a roof over your head, and allowing yourself time to create the pieces you actually want to. The pieces where you can fully express yourself, and not edit yourself to be more palatable to a wider mainstream audience, just so that you can make sales. Especially with the pandemic, personal work that may not sell has had to take a back seat. But ultimately creating work that’s true to your authentic self is key, and I’m trying to consistently follow that and get back on track in 2021.

Find more at  www.katelomaxart.com, on IG at @katelomaxart and on Patreon (www.patreon.com/itsmelomax) where she posts polls where people can vote on ideas she’s had, and see new projects before they’re live. 🙂