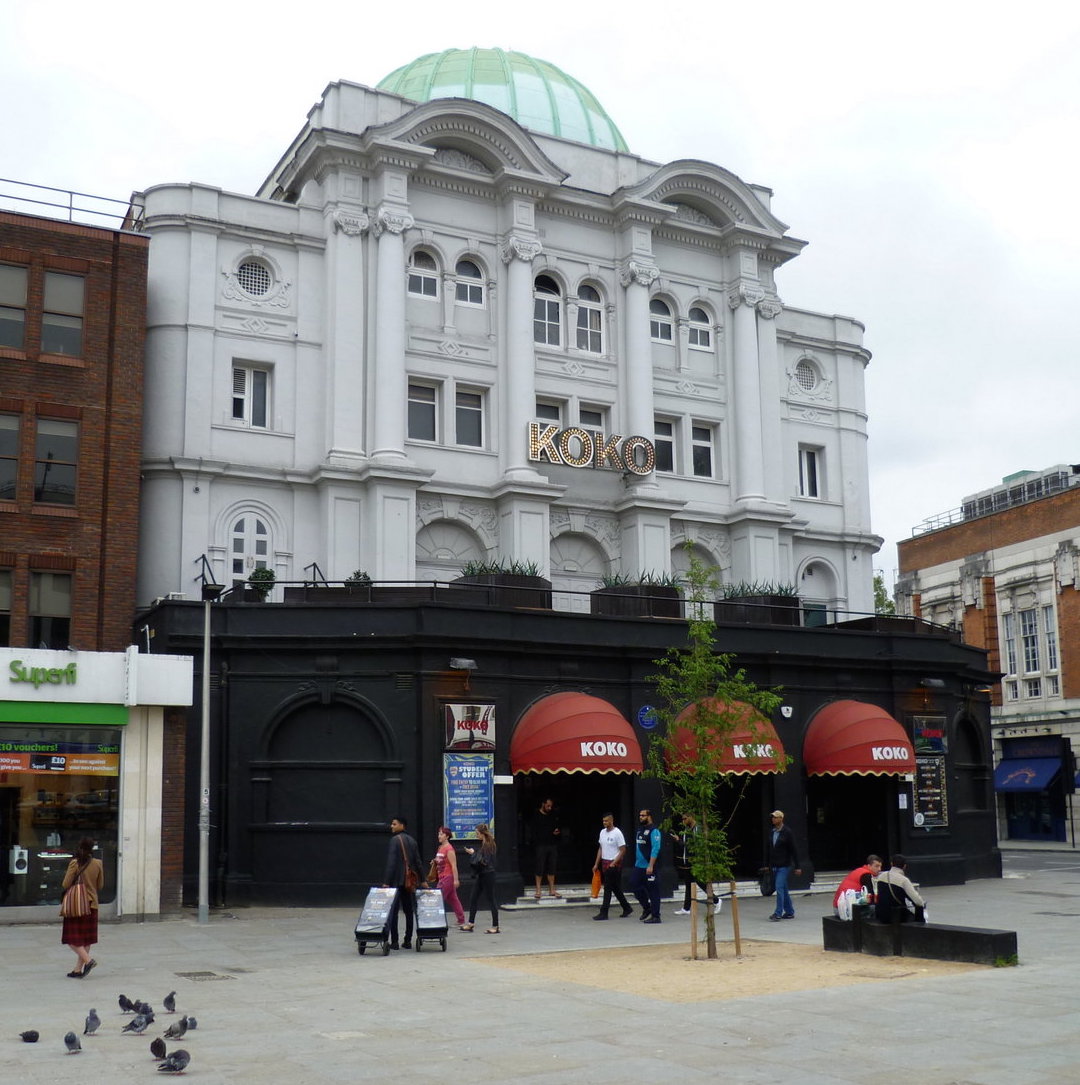 Our condolences to Koko. It looks as if their renovations have not gone so well.

I was really looking forward to the reopening of the Camden Palace, which was about to take place. They were planning to reopen around March this year after a lengthy restyling of the old music house.

It sounds like everyone is pretty gutted about this, but I can only imagine how the owners and organisers are feeling.

Fortunately, few people were in the building at the time, as renovations were still taking place. So far no injuries have been reported.

60 firefighters hit the scene to put out the blaze, so that had to be quite a monster. It sounds like they managed to save most of the rest of the building, keeping the fire mainly in the roof, of which a third was solidly burning at one point.

The main worry is that the building will be bought up and turned into some sort of rental space. The last thing we need is another live music venue used as some impersonal block of flats. And with its incredible music history – Madonna played her first gig in the UK there, Prince graced the stage, Amy Winehouse, Pete Doherty and even Monty Python have all added to the history of this legendary building, we’re seriously hoping they can repair the damage.

Olly Bengough, the owner, is obviously hoping this, too. He said on Tuesday: “We are deeply saddened by the fire… and pleased to announce there have been no casualties. We want to thank the London Fire Brigade for its quick response.

“The amount of support we have received from the public has been amazing and we’ll be doing our best to get the redevelopment of this iconic building back on track.”

If they do get through this and manage to build up their roof, people will be even more eager to get back to the venue. With any luck, (and a successful insurance claim) this is a blessing in disguise.