50 years after his death, Jimi Hendrix music continues to inspire and amaze. Almost all the guitar players we interview admire him and often as the greatest. Although, John Primer said on Camden Live Stream #14 that his greatest guitar hero was Muddy Waters.

Hendrix played the Roundhouse 22 February 1967 before finishing his first album Are You Experienced which they are recording at nights in London. The Roundhouse has a post on the Feb 22, 1967 gig here with a nice selection of Jimi photos. According to the Roundhouse, his Fender Stratocaster was stolen at some point. Maybe, but for sure he had one some weeks later when he lit his Strat on fire on March 31, 1967 at his legendary gig at London’s Finsbury Astoria. He had to go to the hospital for burn treatment on his hands. 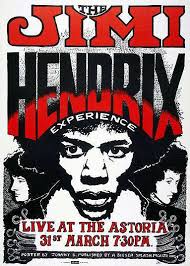 Jimi later lived in 1968 in London at 23 Brook Street, no so far away from the Roundhouse in the West End. You can visit his flat (which is packaged with visiting Hendel’s flat for another type of tunes).

Over at Blue Rock Review, they pulled together an xlent list of Top 10 Hendrix Tracks that you can check out. I hadn’t heard their number 10 pick before, so that was a great surprise.  Do you know all these tracks? Are you experienced? 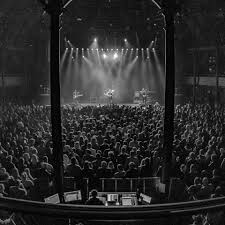