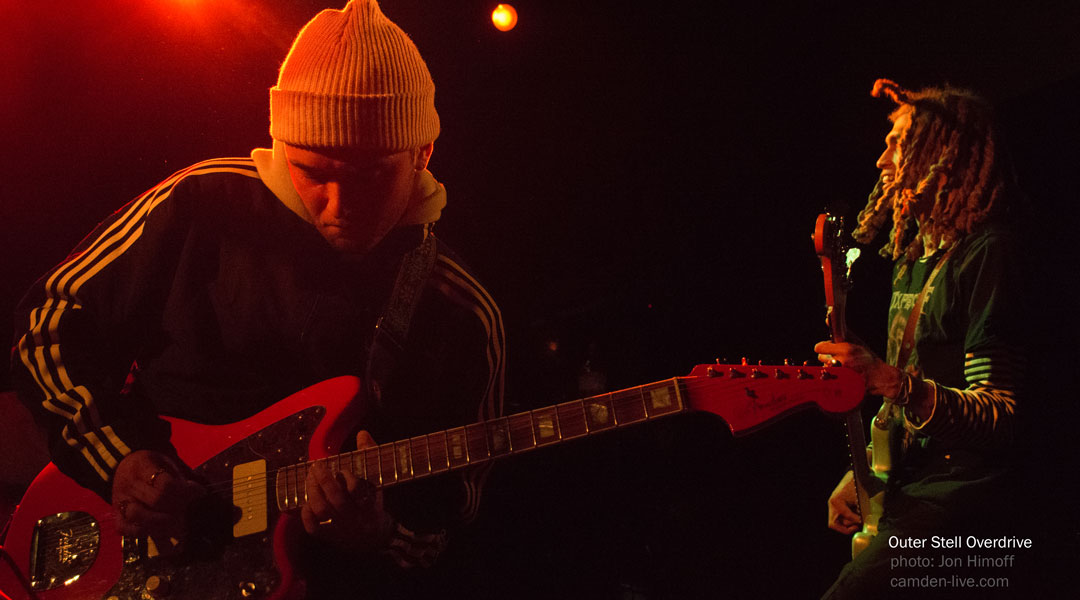 It was quiet across the stables market, only the clattering of stilettos skidding across the paving stones added some accents to the evening. The bands wanted to kick 2020 into action though and we were ready for it.

It started out as a low-key, wintery Camden evening, light drizzle and brisk. The line-up at Dingwalls on Jan 10, 2020 was going to put an end to that. Slowly, though, the crowd started building at Dingwalls to catch the gig hosted and headlined by Outer Stella Overdrive.

The supporting bands Samak Pro and then the Surgeons but a solid groove into the room. The Outer Stella band wanted to take the excitement up a few notches from there. Invoking the spirit of some of the great bands that played this legendary venue – like the Ramones back in 1976, with the Clash and more in attendance, bass player Kelvin Bueno called out to turn the place into a mosh-pit.

The energy was certainly there from lead guitar Raff Law to incite the crowd to recklessness, even if most of the audience members were still shaking off the after-effects of the recent holiday season.  Beers were flying and mosh did happen.  Their sound is a mix of indie plus funk, powered with a punk beat.

It was a solid showcase and great to see live performances of their new tracks – “I Say”, “Know Your Enemy” and “Dangermouse”. They ended with their first track “State Your Name”. Check out them out on Spotify here:

Photos from the support bands – Surgeons and Samak Pro 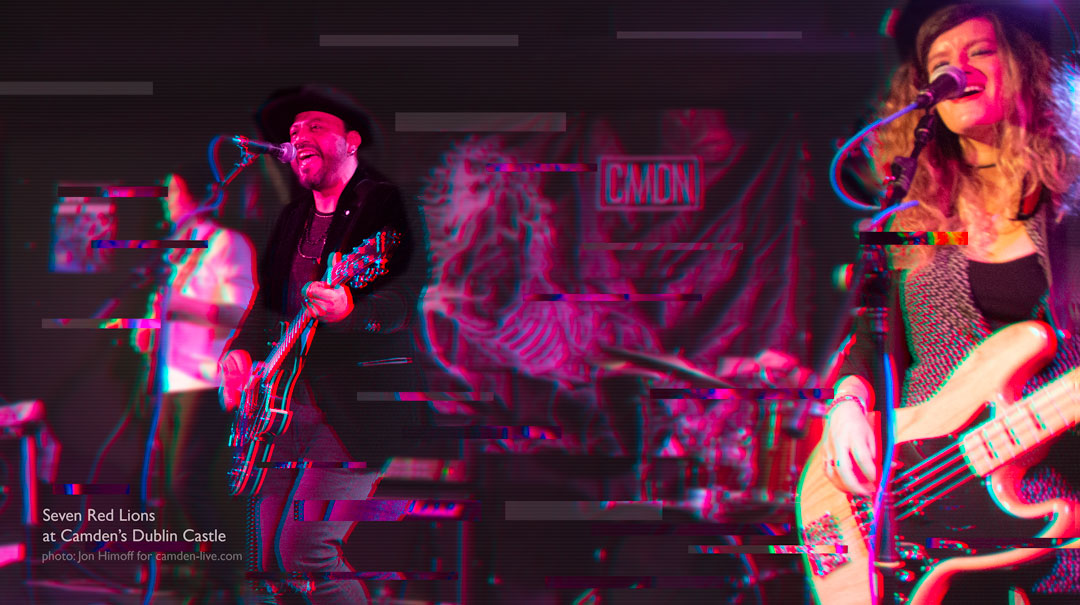