Outer Stella Overdrive, who got their name from graffiti written on a bin outside their recording studio in Camden, have a sound that can best be described as genre-bending – think old school rock’n’roll mixed with jazz and funk influences, with Britpop-y anthem vibes, and then with a psychedelic, futuristic twist, with a hedonistic punk attitude. Fairy cakes on acid. Still with me? Good.

Raff Law (vocalist, lead guitarist, son of Jude Law), Rudy Albarn (drums, son of Damon Albarn of Blur), Jamin Amin (keyboard), Kelvin Bueno (backing vocals, bass) have hit the music scene with a bang. Fresh from a legendary gig at Dingwalls in January, Outer Stella Overdrive are on a roll. And I was able to grab them for a chat …

How are you guys doing?

Rudy: Yeah, we’re good! We’re just in the studio working on some stuff.

How would you describe your music in just a few words?

Raff: It’s a bit of a melting pot, like a fusion of a lot of sounds, we’ve got a lot of jazz influences but I think at the end of the day it’s kind of a punky, funky street rock.

It feels like there’s so many different influences to it.

Raff: We try to make our music quite timeless because for me, when you hear music from like 10 years ago, 30 years ago, if it’s got a timeless sound to it, it kind of lives on. I get inspired by that. 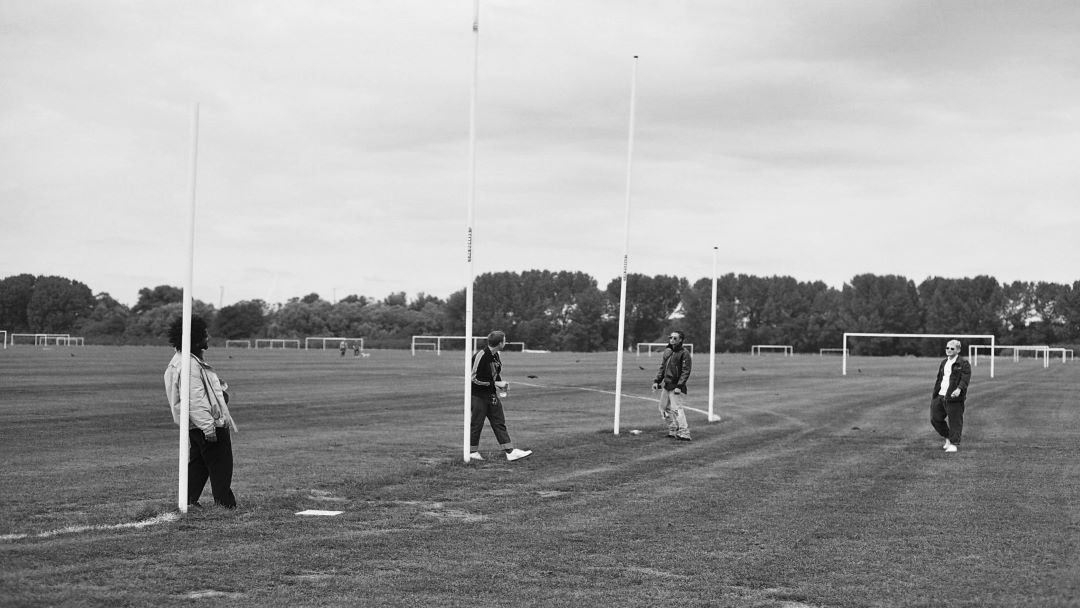 So how did you guys get started?

Raff: We just came together over a couple years, we liked the same kind of music and just sort of thought, fuck it, let’s write together. We all clicked as people, we have similar energies…it was a pretty natural process.

Raff: I think it’s the same with our writing process as well, the way we write our music is like, kind of just jamming and come up with riffs or drum beats we like and build on that. All of our songs basically come from just messing around. Like, we’re just making new stuff and playing whatever, it kind of catches on and we all get in sync…

Rudy: Yeah, we’ll just be playing acoustic guitars, chilling on the sofa, coming up with things…

Were there any bands or artists that inspired you when you were starting out?

Raff: We found our common ground on what we liked –

Raff: Rage Against the Machine, that kind of energy, aggressive emotion – we found our common ground in that but like our inspiration comes from everything, artists…

Rudy: I think London is inspiration as well to a certain point. Everything we see every day, it affects how we feel and when we come together it all comes out. We’re just being ourselves and it comes together.

Kelvin: I feel like individually we all have our niche of what we like, what we’re into, how we work…

I feel like there’s a real London-specific feel to your sound and your vibe. You come across as such London guys.

[The guys all laugh.]

Raff: That’s what we are!

Kelvin: London is such a mismatch of cultures, and like it’s kind of about bringing that all together, embracing our differences and also finding a common ground.

Rudy: Yeah, our last show at Dingwalls. The turnout, the energy of the crowd, the whole night…everyone lost their minds.

Raff: The wolves came out!

Kelvin: The wolves came out, they were howling …

Rudy: There was about 20-25 wolves in there. A couple of them were underage too, we had to sneak them in.

Kelvin: We love it.

Rudy: We want to get a lot more shows coming up ’cause we love it. Playing live and being in the studio are the best things.

Kelvin: Those are zen moments … the quiet and the loud.

What do you think about the music scene in London at the moment?

Raff: It needs a revival.

Amin: London’s always been like, a hub for live music.

Raff: We’re here to kickstart the new generation of real live music again. When I was like 13/14 it was sick, the scene was big…now it’s like big for rappers and shit but for live music, rock music, it’s kind of dead. But we’re here to bring it back, real music, real shows, real performances.

Not to get too political, but Outer Stella Overdrive world domination may be an improvement on the current political situation. Anyway, you can catch these guys playing Brixton Academy soon, and look out for their new EP to be released in May.

In the meantime, check out these key tracks from OSO on Spotify: