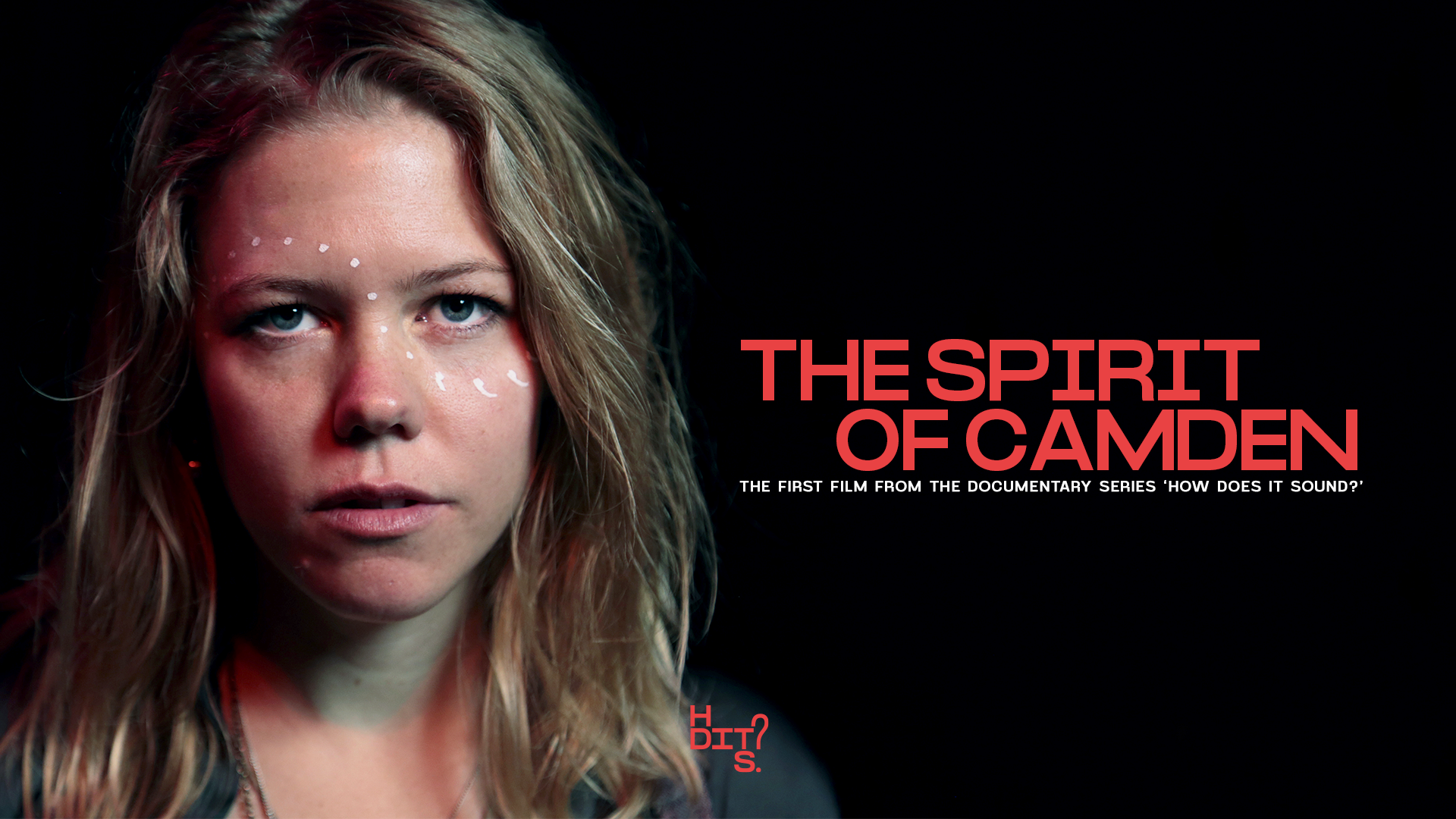 The Spirit of Camden: Interview with Filmmaker, Carlo Polisano

The Spirit of Camden: Interview with Filmmaker, Carlo Polisano

As we all know here at Camden Live, at the heart of Camden are its music venues. And while staples of the scene such as the Electric Ballroom, The Roundhouse and the Jazz Cafe have a reputation nationally, dig a little deeper and you’ll find it’s the independent, grassroots venues keeping the life, vibrancy and eclecticism of the scene bubbling over. It’s their support for developing artists and the communities that surround them that feed into Camden’s rich, cultural tapestry and make it a truly energising place to be.

As a musician or for anyone who just wants to submerse themselves in the scene, The Green Note, The Hawley Arms, The Black Heart: its venues like this which keep the scene fresh.  They provide a safe haven for acts to find their niche and develop that niche into a fanbase.

‘The Spirit of Camden’, as part of a forthcoming series of films entitled ‘How Does It Sound?’  tells the story of the Spiritual Bar, one of the most welcoming grassroots venues on the scene, following five of their resident singer-songwriters.  I had a cheeky chinwag with director, Carlo Polisano, to understand a little more about his inspiration for the series and his love for this venue and the artists it nurtures.

How did the idea for this film first come about?

It came about as part of an idea to create a series of documentary films focussing on the grassroots music venues around the UK. I’m based in London myself and knowing some of the regular artists that play there and having visited the venue myself it seemed like the right place to start.

Did you know any of the artists involved prior to making the film or did you come across them during the production process?

I didn’t really know them personally but I went to the Spiritual Bar a few times to see them play. Spiritual Bar has a huge roster of artists and their own record label, Spiritual Records.  I decided to focus on five of the regular artists. We set interviews with them and we discussed how Spiritual Bar changed their lives (…)

So basically we tell the story of the bar, which turns out to be way more than just a live music venue. It’s a real community. It’s a really beautiful place and somewhere where you can experience live music in its purest form.

Do you think the creatively fertile atmosphere that you describe in Spiritual Bar is something that feels particularly representative of Camden, or London on the whole?

I don’t know.  Speaking with the artists you understand that even within Camden, this is not the norm. Even around the neighbourhood, which is famous for music and so forth, the number of venues which would allow artists to perform and would pay them fairly was reducing.

But at the same time, in the Spiritual Bar, I found a place that resists the creeping gentrification and the influence of big firms. I think that the Spiritual Bar is a place where when you enter, I guess you really can still experience that sense of community, of liberty, of the attention to music and to developing artists. You can feel it.  So in that sense, it’s kind of representative of itself.

At the same time, there is still many other places around London, some of them in Camden: The Black Heart, The Lock Tavern.  In Hackney, The Paper Dress are doing a great job to promote artists and bands, The Windmill in Brixton.  There are islands around the town that resist and keep promoting the music that you don’t usually get to listen to on the radio.

Do you play music yourself at all?

I used to. In one way or another, all my life I’ve been working very closely with musicians. I tried to be a musician myself and that didn’t work out, you know, so if I couldn’t be on the stage, then I try to be as close as possible to it.

Part of the knowledge (…) comes from the fact that when I came to London in 2014, I started to play with a mate of mine around clubs and venues in London and outside. So, doing that and playing live myself, I just got in contact with a great reality.

Was this all familiar territory for you or did you learn anything along the way that surprised you?

I was amazed by the sensitivity and the empathy of these people. You know, I really got surprised as I came to understand that they are real artists that make art for art’s sake.

That place and the people that gravitate around it, the artists, they don’t come here to be number 1 in the charts, they don’t really care about getting thousands of millions of streams on Spotify. (Of course, if that happened they would be happy about it.) But at the same time they just do what they do because they need to, you know? They have a feeling that they have to answer to and in doing that, they really contribute towards making the spirit alive, as per the title of the film.

It’s difficult to find people so dedicated to art and what they do.  The sense of community I saw at Spiritual Bar, that surprised me a lot. I went in there and I was like, “Here there is a story to tell, and that story needs to be seen by as many people as possible.”  I was happy to discover that even these days places like this can exist and thrive.

Has there been a show in particular there which above all others, really blew you away?

Of the artists I’ve seen there, I don’t want to say that I have a favourite or that one plays any better than another as that’s not the case. Everyone is incredibly powerful on stage and I like the fact that each one of them has a very distinguished style and own the stage in a very different way.

But the artist that struck me the most personally was George Frakes.  He looks like a time traveller coming from 1950 or something.  He’s a very stylish man who plays guitar wonderfully and personally the kind of music I enjoy.

I remember seeing him play live at the Spiritual Bar for the first time. You have this great guy, coming on stage, dressed wonderfully in a waistcoat and hat and he starts to play this picking guitar. The noise of the crowd just ceased and everyone in the audience turned to listen to him. It feels kind of out of place but for some reason it works and it’s a really enjoyable show.

But every show at the Spiritual Bar I think is how a live show should be. It’s a small place and you just feel like you’re really listening to someone opening their heart and playing for you and everyone around you feels exactly the same. There’s a great quote from him in the film, ” Drink is how this place exists.  Music is why this place exists.”

How was it for you trying to bring that positive energy to the screen?  Did you feel any pressure when it came to accurately representing the venue?

I had this idea, I really wanted to tell these stories and I wanted to find a way to do it properly; to put it on screen in a way that does justice to the artists themselves and was true to them, you know?  There’s a quote from Jonathan Demme, a director, at the beginning of the film that says, “shooting live music is the most purely cinematic thing you can do” because the music becomes one with the film.

It was nice to tell a story and to let people understand through a movie that being an artist is not that easy. You know, Amy and the Calamities, one of the artists in the film, she comes from Zimbabwe.  She is in London on the other side of the world, on her own in a big town, writing music, trying to maybe make a little bit of rent.

It was good to show the fans and anyone who’s interested, a little of what’s going on underneath and illustrate that there is still something true there.

What was the biggest challenge for you in creating the film and bringing it to an audience?

I have to say it’s been kind of difficult being “Mr. No One” to, you know, to find there’s support to be had.  It’s a bit complicated if you don’t have contacts, if you don’t have that reach to the decision makers.

And everything we did was in support of the venue. Our share of the box office for the premiere got donated entirely to the Spiritual Bar.

What’s next after this for you?

It’s no secret that this film has been made with almost zero money.  We had a great guy, Ray Jones with a contact called Talentbanq who jumped in and helped us out a bit, so I managed to pay the promotion for the film, and put it out.  But I want to make a second one and make it even better.

There is also other aspects I would like to explore through film. I’ve been thinking a lot about the impact of mental health issues on musicians.  I think that this is also a beautiful thing to explore how the sort of lifestyle of an unsigned, underground musician in a big town can impact mental health, how they cope with it, how they respond and maybe how that influenced their music.

Do you have an idea in mind where you’d like to go next with the series?

I’ve had a few discussions in the past with other venues around London, before the world turned bad. So I might approach some of those venues again; I’d like to do something in Hackney or maybe in Brixton. But really, I would like to experiment with something that is outside of the capital.

One of the criticisms I received at the beginning of the project was that a lot of people were immediately turned off by the idea of the film because it was in London and everything in the UK is kind of London-centric. And in a sense that’s true. There’s a lot of realities out there, even just within the UK that are great, and they’re happening, even if they’re not in the capital.

So a part of me would like to focus on one of these smaller realities, understanding maybe how being in a smaller city can impact that community in a venue and understanding that scene on a smaller scale.

So where can people watch the film?

So at the moment, nowhere!  On the 10th of November it was available online for the ‘Virtual Cinema’ Event, so that was the only way you could have seen the movie in 2020. We are trying to hit the festivals.  We’ll be able to apply very soon for you. After that, if I don’t find a distributor interested in releasing it, I would just release it online in 2021. So it’s going to be soon.