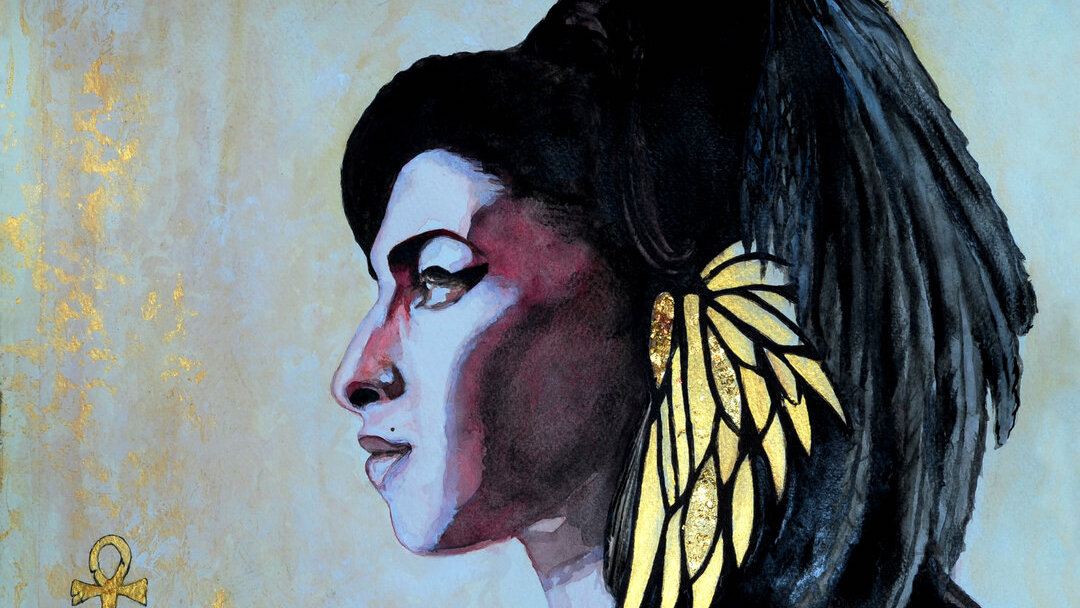 Amy Winehouse was born just a mile up the road from where I live now, in Enfield. She was of Jewish Heritage like myself and was the same age as me at the time when she died. Yet despite the incidental synchronisities we shared, I’m paralysed by the weight of how unqualified I am to summarise the life of someone so very, very loved.  Someone who seemed to leave a little piece of herself everywhere she went and with everyone she ever encountered.  So much so, it seemed, that by the end she may have given too much.

July 23rd will mark 10 years since Amy Winehouse passed, leaving behind her a world touched by her artistic vision.  She seemed to share an almost symbiotic relationship with the town in which she lived. Her spirit was infused into the bars and brickwork as much as the vibrant nightlife and creative-counter culture were embodied in her unique and fierce style. Even as her career took off, she remained part of the furniture in Camden Town, a regular patron of bars such as Proud, and her beloved haunts,  The Hawley Arms and The Good Mixer where she was often spotted giving people a run for their money at the pool table.

We remember her today as a true Camden icon.  She lived the town and took the spirit of Camden with her wherever she went.  She wore her Camden Town residency like a badge of honour.  Amy famously declared  “Camden Town ain’t burning down!” at the 2008 Grammys after a fire had broken out in The Hawley Arms.

Like so many creative souls she would find her spiritual home in Camden Town, moving there at the age of 16 with a fresh signing to Island Records, to immerse herself in her musical career. Her relocation reminds me of the preternatural promise of freedom that Camden seemed to offer at that age; a sandboxed corner of the world reserved for the mavericks and star-children. Young, creative souls drawn to Camden felt united by the sickening fear of compartmentalising themselves into one of the limited selection of boxes that looming adulthood appeared to offer.

It speaks to her unique genius that today we feel her loss more than ever, as we are still yet to encounter another artist who could manage to truly step up and fill the contemporary jazz-pop niche that she carved for herself. Yet, though her particular brand was impossible to emulate, she successfully opened the door for other artists from a soul-oriented background to steal chart territory. Adele once remarked at a concert in Boston, “Because of her, I picked up a guitar, and because of her, I write my own songs (…) The songs that I got signed with are the songs I wrote completely on my own. If it wasn’t for her, that wouldn’t have happened. I owe 90 percent of my career to her.”

Friend of Amy’s and Good Mixer regular Eileen Hillan told us, “She was a lovely person and told me she always felt at home in the Good Mixer… I made pies for the homeless and Amy nick-named me Pieleen as my name is Eileen!  A name I’m still called in Camden…”

“She loved us lot in the mixer because we didn’t treat her as if she was special.  She would do shots at the bar,  have a game of pool… I bought her a pool cue for her birthday that she always left behind the bar to use. Whenever she would walk in she’d always give me the biggest cuddle.  She always told me The Mixer was her place where she could be herself and she loved Sarah and John the owners.”

Amy was responsible for putting a relatable face on a genre that had previously been seen as either outdated or reserved for musical elitists. It may have been due to her enormously eclectic influences, which included everything from Beastie Boys to Carol King, that her own take on Jazz felt so entirely fresh yet at the same time comforting and familiar.

Her lyrics were deeply personal yet left out just enough detail to make the stories your own and she delivered them with incredible range and fluidity. Her distinctive voice was soaked from top to bottom in rich, smokey overtones and unlike the pitch perfect, athletic delivery of artists such as Beyonce or Alicia Keys, it always felt right on the edge in the place where feelings run purest, ready to crack and burst wide open with the tiniest nudge over the emotional precipice.

‘She was too young to die and too talented, and too beautiful,’

As an artist, she was steeped in authenticity. She didn’t enter the stage with pre-prepared dance routines, and her performances were free of contrivance. When she occasionally swung her arms out front to join in ‘the swim’ with Zalon Thompson, her backing vocalist and close friend, it always felt spontaneous and in the moment.

Amy’s fellow Brit school Alumni, Lola Young told us, “Growing up I remember watching the Rehab music video when it blew up, on the tv at my family home. It was the first time I thought to myself, ‘Damn that is the coolest thing I’ve ever seen.’ Amy had wit and character. She was effortless and striking. I have never been so in awe of a person’s style, not just physically but in the way she carried herself. Vocally, she was undeniably admirable and unique. Lyrically, she was wise beyond her years, she was a pure poet. Her light will continue to inspire the world of music and art.”

As the sun goes down on the variegated harbourage of Camden Town, we draw one day closer to the tenth anniversary of the last time Amy Winehouse graced the cobbles of Camden High Street.  We couldn’t let this moment pass without taking a moment to pay tribute to the unsucceeded Queen of Camden.

Her presence can still be felt all around town and we are privileged to have been left with a unique and timeless body of work to remember her by.  We may never see someone like her again but her legacy will continue to inspire generations of young musicians to come. 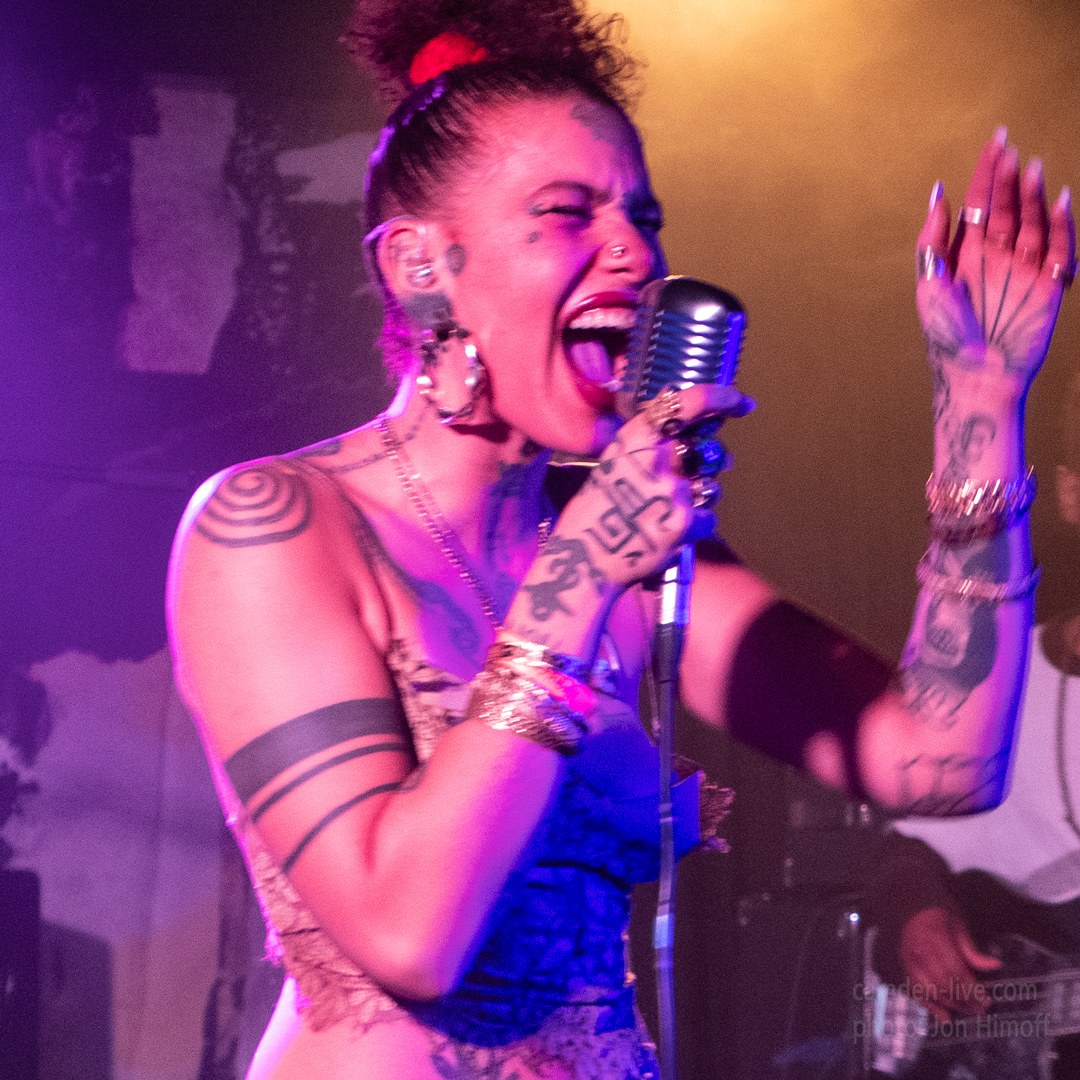