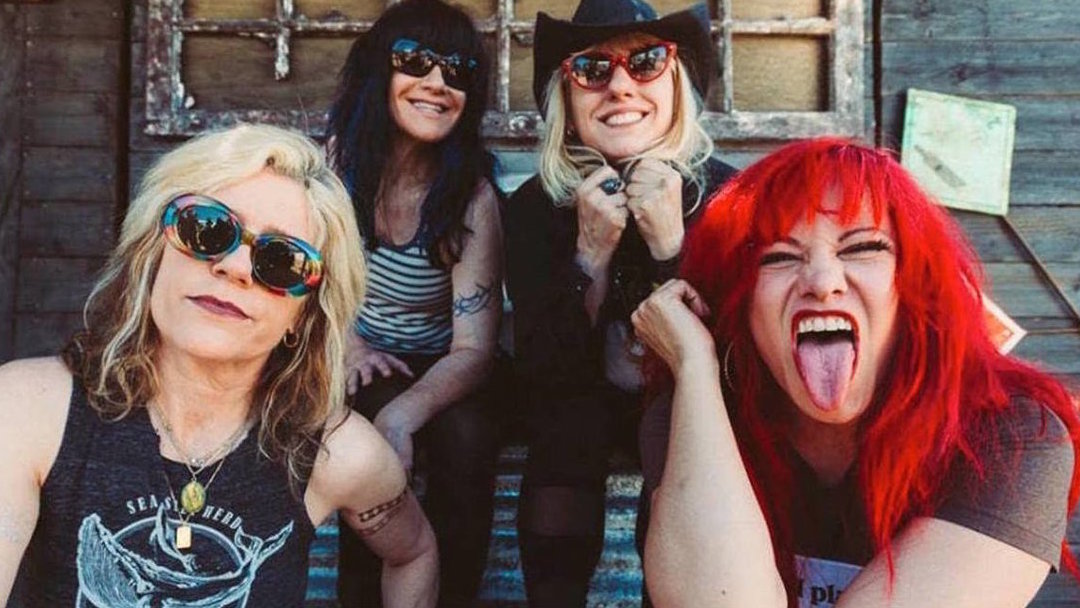 L7 No Longer Pretending They Are Dead

L7 No Longer Pretending They Are Dead

Find your thickest eyeliner and dust the cobwebs off your studded belt – L7 are back.

Before last year’s Scatter the Rats album, these rockstars hadn’t released music together in 20 years. To put it in perspective, at that time, Bill Clinton was the American President, “Say My Name” by Destiny’s Child was topping the charts, and Will Smith still had hair. Oh, how the times have changed.

And here’s what they came back to do:

To jog your memory, L7 is best known for their hit “Pretend We’re Dead” It’s edgy, counterculture, political. Donita Sparks’ droning vocals, the reverb on Suzi Gardner’s guitar cranked to full, and Demetra Plakas’ tom-heavy percussion made this song skyrocket in 1992. With lyrics like, “Wake up and smell the coffee, or just say no to individuality,” it exudes 90s rebel culture.

A little bit of rock, a pinch of metal, a scrape of blues, and a whole lot of punk characterize L7’s sound. Their music is fiercely political. A down-with-the-system, don’t-mess-with-me mentality. They have a subversive, unabashed aesthetic that unleashes itself in their live shows. Ragged clothes, thrashing guitars, and three women absolutely owning the stage. So was the come back worth it? Hell yeah.

You can catch the badasses doing their thing this summer in London.