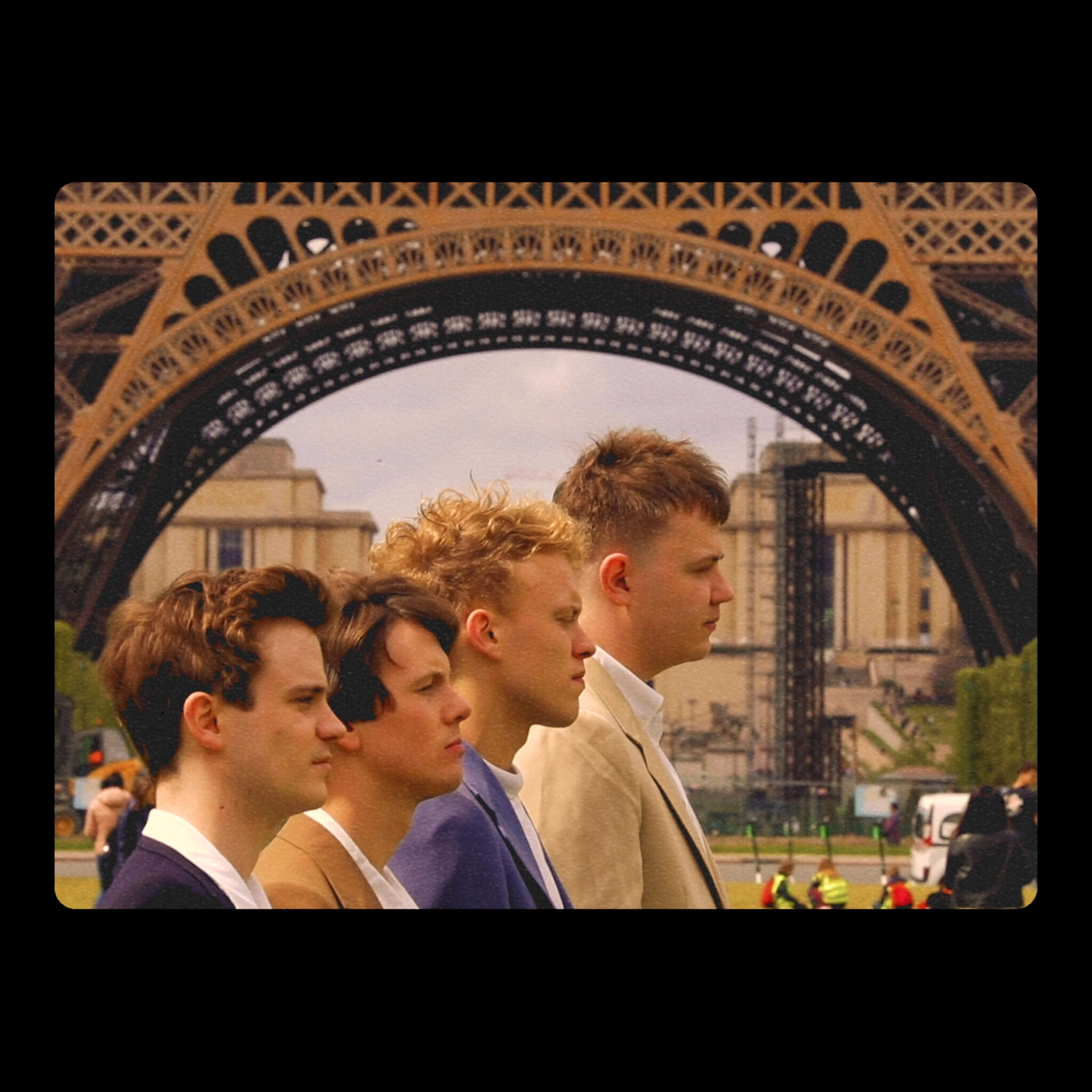 Weird Milk have got their heads screwed on straight. A bright and fresh-faced bunch of London charmers, Weird Milk come across as focused and un-phased by the increasing swell of recognition that’s growing around them.   Their music boasts catchy, engaging melodies, an exceptional level of musicality and beautifully constructed harmonies.  Their attitude as they progress through the music industry is as mature as their musical tastes and with an arsenal of radio-friendly tracks under their belt, it’s clear that things are only just beginning for Weird Milk.

This Saturday, 26th October, they play the Roundhouse Rising fest.  I caught up with Charlie Glover-Wright (drums/vocals) ahead of the festival to chat about their inspiration, recent success and what lies ahead for the band…

How did you all meet?
We met when we were in school.  Me and Alex, the lead singer, were next door neighbours in Buckinghamshire.  Zach and I met in secondary school and Alex went to a different school nearby.  Zach and I started playing in bands and decided to move to London to pursue music in earnest.  It happened that Alex had also moved to London around the same time.  We rekindled our friendship and started playing in bands together, formed Weird Milk and here we are!

Relocating to London to pursue music at that age sounds like an ambitious move…
Yeah, it really was. We all used University as a way of having the kind of freedom we needed in London, which I’m sure we all regret financially now!  At the time you know, it was great.  It just allowed us to have loads of free time to write, practice our instruments and practice playing together, which was incredibly beneficial.  Now we’re just living it!

Your first release was with a Camden-based label, right?
It was indeed, yes. It was Ra Ra Rock records which is owned by Pete.  ‘Rock Pete’ he calls himself.  He’s kind of a local Camden legend. He owns the record shop Ra Ra Rock, which is under Flashback Records, downstairs. He’s a real-life vinyl enthusiast and gave us this great opportunity. He gave us the money to go and make a wax record, which was amazing.

Are you excited to be playing The Roundhouse this Saturday?  Is it your first time there?

It’s our first time playing there and we’re buzzing, we can’t wait.  I saw The Cribs play there, which was one of my favourite gigs ever.  It’s really exciting.  Someone we know walked past and actually saw our name on the side of The Roundhouse which is really, really, really cool!

And have you played much in Camden before?

Absolutely.  We basically started at The Lock Tavern, in that tiny little room upstairs.  People would be so crammed in, it was great. It was a really cool, very intimate little venue. We’ve also played Assembly and in our previous band, we used travel up from Buckingham with all our friends and play the Barfly. We were really young at the time and it was a lot of fun.

Camden’s always buzzing and I think that rubs off on the crowds.   They’re always energetic and they give great energy. When they turn up to gig, everyone’s really up for it.

That’s right.  We know the team through our previous bands.  They’re really supportive of us and they give us lots of great opportunities.  The first one we’re playing is next Saturday, 2nd of November at ‘Introducing Live’ which is a kind of 3-day showcase of new, up-and-coming acts, alongside lots of industry talks and stuff.  It’s great to be playing a part of that.   Then the following week, we’re performing at a kind of colab showcase BBC Introducing are co-hosting with the Great Escape Festival at the Courtyard Theatre in Hoxton. I’m really excited.

I know you guys are at SXSW early next year as well. It sounds like a great time for the band at the moment.  How does that feel?

It feels like the hard work’s paying off. It feels great. We’re going to New York, as well, and then doing a few other things which haven’t been announced yet which is going to be amazing, we’re so excited. It feels great, having lots of things to look forward to.  New things are coming up every week. When you first start you only gig maybe once a month, so it’s like you do it and then you’ve got ages to wait.  You have to go back to your boring life. But now it’s like we’ve got something to look forward to every day.

Which artists have influenced you?

Personally I’d say, the reason why we started writing in the first place was The Beach Boys. We listened to Pet Sounds and that kind of just opened the floodgates.  A switch flipped and we started writing loads and loads of songs. It just made sense after that. And then you know, The Beatles, and of course The Strokes and The Cribs who were coming up when we were teenagers.  Recently I’ve been listening to loads of Simon and Garfunkel, Bridge Over Troubled Water Over, as well.

Who have you never been compared to but would like to be?

I’ve never thought about that before. Maybe Ray Davies, that kind of quintessentially English songwriting.  Or Mungo Jerry. I think I’d like to be compared to Mungo Jerry!

Who are you often compared to that gets your goat?

I have to say, I’m happy with all the comparisons we usually get.   We do get compared to Arctic Monkeys a lot, which is funny sometimes when we’ve written something with a lot of older influences in mind and the reviews say the track sounds like Arctic Monkeys, but they’re a great band I love them so it doesn’t annoy me.  Everyone loves ’em.

Don Henley, obvs! He’s the best, that voice is incredible.  How he keeps such a swinging and groove and such beautiful vocals I’ll never know.  Also Levon Helm, the drummer of The Band.

And your dream venue?

What’s the weirdest thing you could find floating in your milk?

…a miniature jug of milk?

You went to Paris to shoot the video for ‘Anything You Want’, is that right? How was that?

We did, yeah. It was funny; we basically had a budget for the video and just spent it all on the Eurostar tickets and these vintage suits. We took the suits, tickets and our friend Cameron West who directed the video and we just walked around Paris, dancing to our song in these 60s flared suits.   At one point, we were outside the Louvre, playing our song off of a phone and trying to get into it and there’s thousands of tourists looking at us. It was quite hard, but I think in the end we managed to shrug off our nerves! The whole experience was a lot of fun.

Do you all write collectively?  Where do draw your inspiration from?

We all write different songs individually but we collaborate a lot as well.  Any music that’s new to me, anything I’ve not heard before and gets me excited, inspires me to write.  It’s kind of instinctive a lot of the time, it’s that classic thing; you just don’t know where it comes from. You really don’t.

When you get inspired by something, you can be buried in the creative process and start thinking, “This is so long, it’s so hard” and then suddenly, probably a week later it will just kind of…be done. You’ll be going back over the things you’ve written down and  wondering “Did I really think something like that?!”

You surprise yourself, basically, and it just comes out.

Do you think it’s important to be aware of musical history and the artists who proceeded you?
Yes definitely, and to use them for inspiration always, always.   See how they’ve done things and how they’ve moved and evolved and use those lessons as blueprints basically.

You’re holding a three day festival.  Who would your dream three headliners be?

I would have to get Queen up there because that would be amazing!   Then Marvin Gaye and the third, let’s say George Harrison, or The Beatles. That would be incredible right?!

Any exciting releases coming up?
We have one release currently in the pipeline. It’s a single, but I can’t tell you any more than yet!

If you’ve never heard them, we thoroughly recommend checking out the following to get you started: 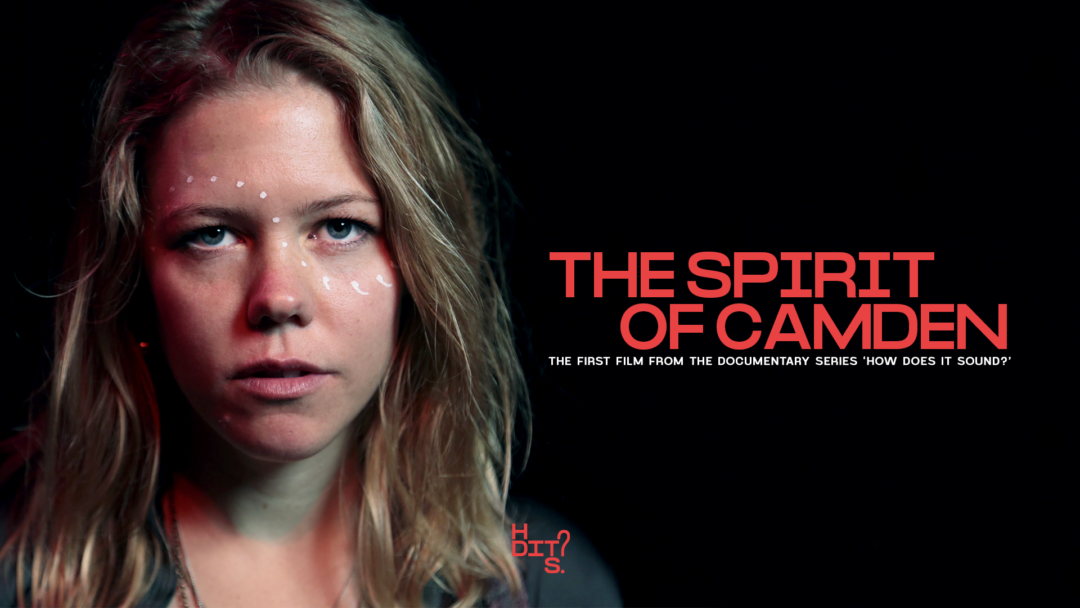 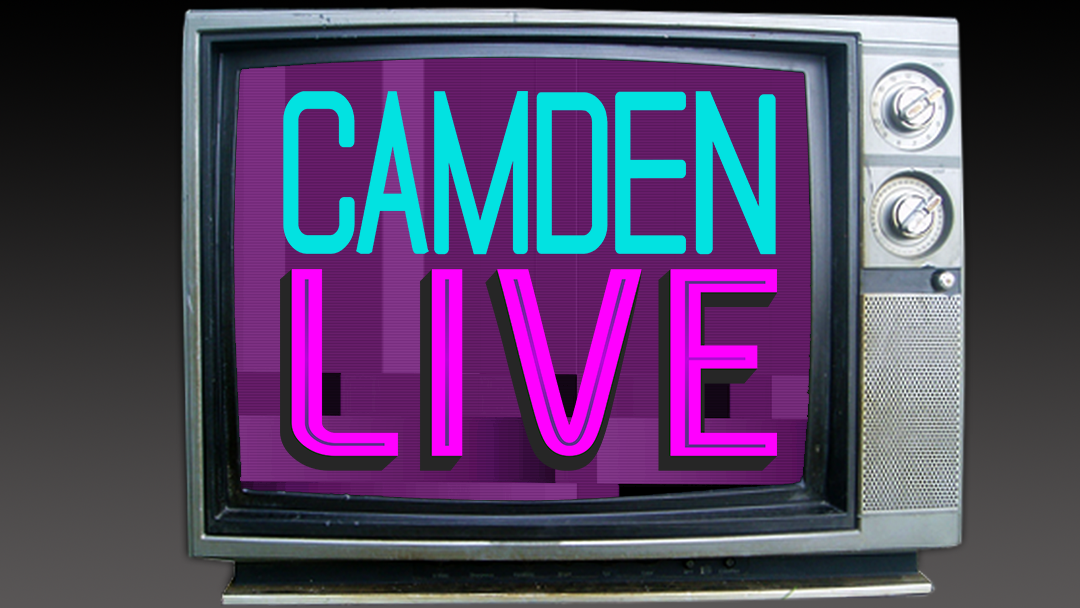