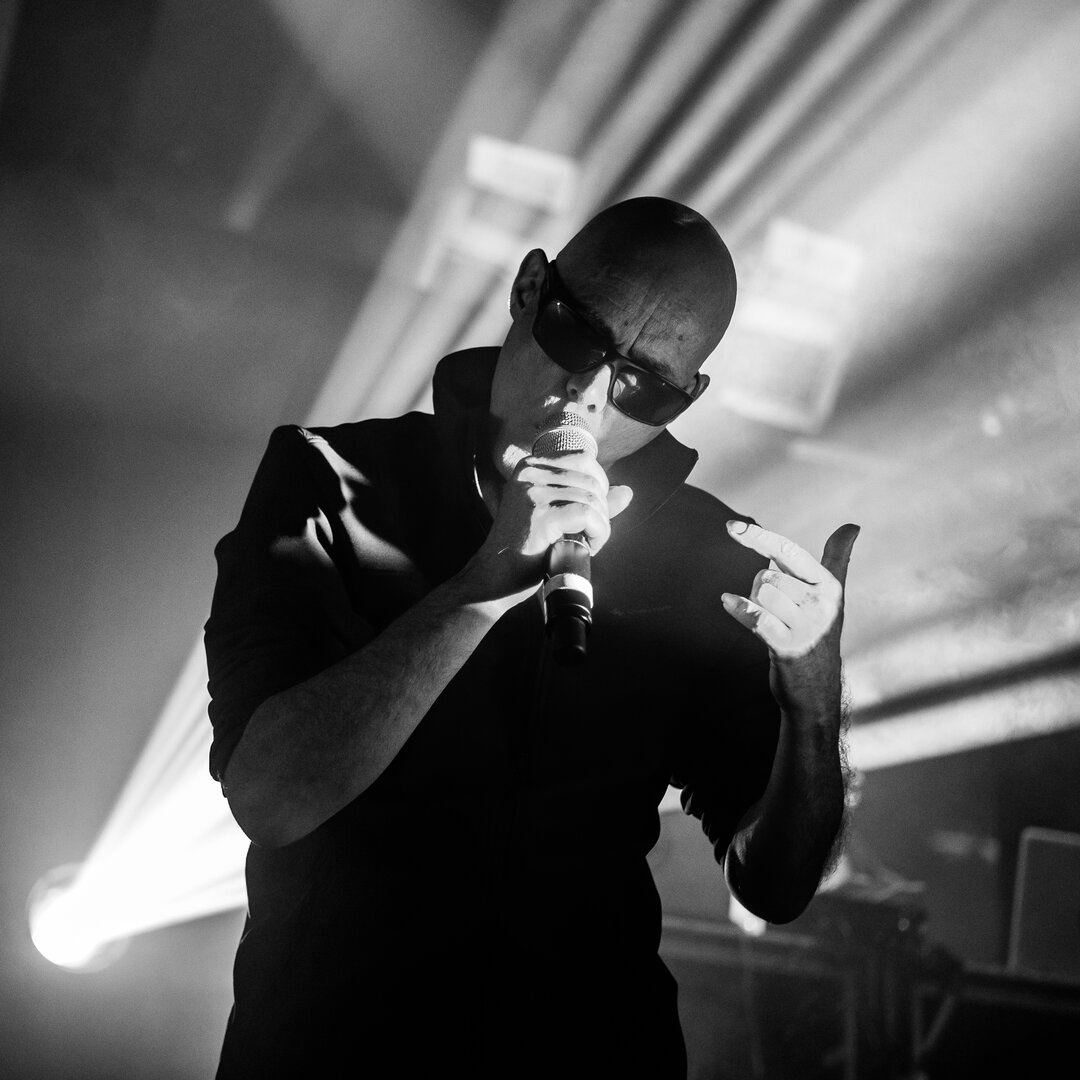 Sisters of Mercy to Rock The Roundhouse

Sisters of Mercy to Rock The Roundhouse

The Sisters of Mercy celebrate their 40th anniversary with a three-night residence at The Roundhouse. THREE NIGHTS. This major event is a perfect marriage of band, venue and location. It’s the leather jacket and motorbike version of Celine Dion at Caesar’s Palace and I am fanning out like a screaming, braces-wearing VSCO girl who just heard there’s a sale on at Birkenstock.

Not only is it the band’s 40th anniversary, it’s also their first gig since just before lockdown and similarly, one of The Roundhouse’s first major acts since it had to close its doors to the Plague back in 2020. This trio of gigs has also coincided with the recently released, well-received book about the band, Waiting for Another War by Trevor Ristow, which is packed full of rare pictures and anecdotes. It’s an embarrassment of riches for The Sisters of Mercy fans and a welcome antidote to recent events.

The band was brought together in Leeds in 1980 by the only consistent member – cat-loving, Cantabrigian non-goth, Andrew Eldritch. I say non-goth, s almost every bygone article or interview has the band insisting upon not being ‘goth’ but it is a fair rebuttal on their part. Eldritch is as much a fan of glam rock (Slade, The Glitter Band) as he is of Gene Vincent, Siousxie and The Banshees and The Cramps.

If you were to ask me what The Sisters of Mercy sound like, however, I’d break it down like this: Album one (First and Last and Always) – David Bowie after dark. Album two (Floodland) – dark and churchy, like a nun’s nylon nightgown in a tornado. Album three (Vision Thing) – joyfully drowning in an angry, dark sea of metal guitars. The most persistent, adhesive aspect of all three albums is the baritone vocal of Eldritch himself.

It’s not only the music that supports Eldritch’s reputation as the gothic dark lord. It’s also helped along by his perception of what music should be. Speaking of favouring The Rolling Stones over The Beatles, he said, ‘I think rock’n’roll should scare your mother’. With no albums – scary or otherwise – since 1990’s Vision Thing and only live performances of new songs, we can only wonder which sonic elements Eldritch might pull together from the palette of his dark materials, were he to get back into the studio again to give us that new record.

The refusal of further musical output served, for a while, as a withholding, two-fingered salute to the record companies for not playing fair. These days a dislike of the imprisonment of record deals remains as does an acceptance of a new society that no longer pays for music – the decider that ensures a new album will never come to pass. That still hasn’t stopped Eldritch from writing new songs. In fact, there are reports of The Sisters of Mercy’s live set consisting of a healthy number of never-before-heard tunes. You’re just going to have to see the band perform in order to hear them.

It’s there that you will also bear witness to a slight line-up reshuffle. The band has gone through a series of personnel changes over the years, all seemingly traced back to scuffles with Eldritch. The latest line-up, though, still consists of bassist and guitarist, Ben Christo, whose time with the band has lasted a solid 15 years, having joined The Sisters of Mercy in 2006.

Alongside him, however, is brand new long-haired bottle blond, Dylan Smith, also on guitar. With the look and upper arm strength of a sturdy, fashion-forward dinner-lady, he replaces Chris Catalyst, another long-term member who left due to what sounded like a need to pay his bills: ‘How much he [Eldritch] wants to work isn’t concordant with how much I want and need to’. No bad blood then. Catalyst even tweeted that he will, ‘always have a loyalty to Andrew for giving me my first proper gig’ and that ‘nobody ever leaves The Sisters’, making the bond between band members sound like a group hug with the mafia but also suggesting that relations between Eldritch and the other Sisters are less heated these days and more civil.

So that’s the humans taken care of. Now onto the machine.

Before Florence and the (human) Machine, there was The Sisters of Mercy’s famous drum machine, Doktor Avalanche. Formerly a BOSS DR-55 and now, after a 21st century makeover, a MacBook Pro, it has been consistently operated by Ravey Davey since 2012… or is the Doktor operating him?

This is not just any old piece of hardware. This machine has its own advice column. Gone are the golden days when instruments knew their place, stayed at the back and did what they were told. With enough frostiness to be able to replace the dry-ice machine, the haughty attitude of the Dear Doktor is like Dear Deidre gone wrong. More agony than aunt, it takes pride in insulting the naive curiosity of the quirky desperados who dare ask it any question. Here is one piece of advice from the dearest Doktor:

Doktor Avalanche: If you think that anybody wants to read your daft poetry, hear your crap band or put up with a torrent of cheap emotional blackmail, you’ve got another think coming. If you reckon the Sisters want to perform in your garden for ten quid, you’re wrong.

Speaking of dry-ice machines, you can bank on there being one at The Roundhouse – perhaps necessary to cool down the crazy-hot light show, another live performance element reported by fans from the band’s previous gigs. Attendees of last year’s pre-lockdown shows also offered positive feedback on new songs, good vocals and a new vibrancy, suggesting the recent line-up has come together to make a solid live unit.

You can expect to hear the classics, too, but if you want them to traipse through their entire back catalogue then you’ve got the wrong approach. Part of the joy of a Sisters of Mercy gig comes from not knowing what they’ll play and from hearing new songs nobody else has ever heard before. Of course, personally, I hope to hear ‘Dominion’ and ‘Ribbons’ but it will be exciting to hear some of the unknowns that have emerged from Eldritch’s off-stage ‘tinkerings’.

If you have never seen them live and you’ve been comfortably resting under a rock for several decades, your last sighting of Eldritch was probably from The Sisters of Mercy’s 1988 video for Dominion where he meanders through Jordan, peering through the gaps in between the pillars of Petra’s ancient treasury, all white suit and walking stick. These days he’s looking more like a handsome Boyd Rice in aviator sunglasses. Some YouTube comments offer up comparisons to Bryan Cranston’s crystal meth-making science teacher in Breaking Bad. Eldritch recently said of his band ‘we’re really not interested in the fashion aspect’. Regardless, he has aged well and his look compliments his mic-choking stage presence and adds to the funereal air of a Sisters of Mercy live show.

Yes, yes, I know – they’re NOT GOTH. It’s not a requirement to come to the gig dressed for the dark side but if you do happen to be long of cloak with a vampirical glare, it’s time to dust off your Herman Munster boots and head over to The Roundhouse on the 10th, 11th or 12th of September. Don’t forget to bring your frightened mother!

I’ll leave the last words of advice to Doktor Avalanche:

Hapless Truth-Seeker: Dear Doktor, I am unattractiv, sexually immachure, lazy, stupid and meen. What career would sute me best?

Doktor:  Journalism. If you fail there, try music journalism.