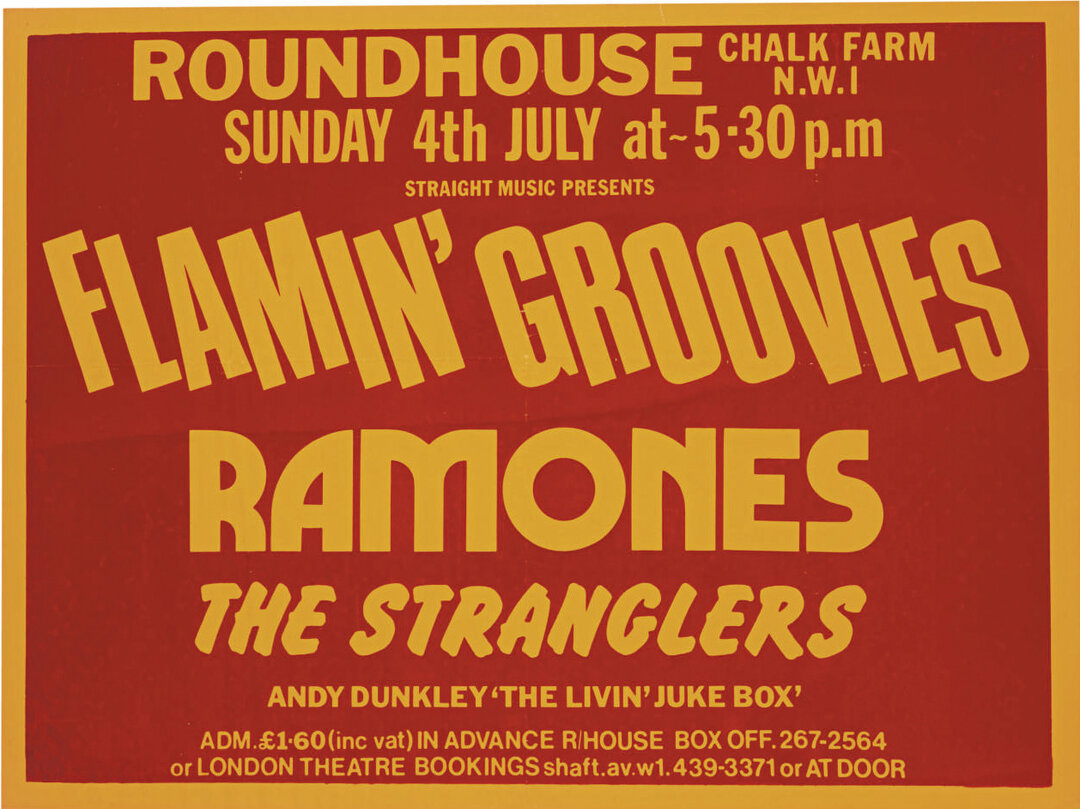 The Ramones: White Hot at The Roundhouse

The Ramones: White Hot at The Roundhouse

It was the weekend that made punk rock history. Fresh off a plane from the USA, wearing leather jackets and long fringes, The Ramones were about to unleash the birth of British punk.

The Roundhouse was rough and ready back in those days and only the hard-core fans need apply. At Dingwalls, the next night, all the unknown bands you wished you knew were there: the Ramones, the Sex Pistols, The Damned, The Clash, The Pretenders…

The Ramones were unapologetic rebellion with a cause for concern… With their shaggy hair, shades, and leather jackets, they were ready to shake the room. And this show hit Camden like the meteor hit the dinosaurs.

They played 14 earthy, three-chord punk anthems without a break for their debut set at The Roundhouse, followed by three encores. They handed out mini baseball bats to promote ‘Blitzkreig Bop’, their latest single and apparently asked Mark Bolan (from T-Rex) up on stage.

“Little did we know that together we were founding a new revolution — a musical one. We weren’t aware that we were about to launch an entire cultural movement. No one was.”

I Slept With Joey Ramone: A Family Memoir

That weekend following the gig a bunch of their fans picked up a crappy old guitar in their dingy bedrooms and started strumming three chords to what (in their minds) sounded like a punk song. Pelting your audience with raw neanderthal yelling was suddenly cool. And necessary.

David Fields confessed that he had no idea what the response they had left behind was, once they flew back to New York:

We had to go through a great deal of being asked: “What are you going to do to change the world? How are you going to get rid of capitalism.” But the Ramones were: “You’ve got a heatwave, why haven’t you got air conditioning? Why can’t I get ice cubes?” That was what we were worried about, ice cubes.’ – Danny Fields, band manager, My Ramones

So they were rebelling against the current lame culture, but they mostly wanted ice cubes.

The British punk scene was already warming up at this point, with The Damned and The Sex Pistols growing in popularity and charting. ‘Anarchy in the U.K.’ was second to ‘New Rose’ in the race to release in vinyl. So the 3,000 large crowd were chomping at the bit to hear The Ramones’ stuff…The kind of music that your mum and dad would tell you to ‘turn down that bloody racket’ and stuck a middle finger up to conformity.

Despite The Ramones not even relating to the idea of being a punk band, it shook fans to the core…

“We felt an immediate connection and it was confirmation: we realised we weren’t the only ones doing it […] the fact the same thing was happening in different parts of the world. It wasn’t just London frustration, it was the next generation getting angry. It made us realise we weren’t alone.” Rat Scabies, The Damned’s drummer

Rumour has it that The Clash snuck in to support the gig, that The Ramones then formed a human chain, to help them climb up to meet them. (But this is probably only a rumour – they were billed for the Black Swan in Sheffield on the same night). They did turn up to Dingwalls the next night they played, however…

Paul from The Clash figured The Ramones must be virtuosos, having filled two venues in Camden, but Joe replied, “You’ll see. We can’t play, we’re terrible musicians. But the kids don’t care about that; they want a show. So we give them a show, loud and fast. They love that. You guys going to keep rehearsing forever? Nobody’s gonna know. They just want to be blown away. So go blow them away, nobody gives a shit about anything else.”

People had heard of them from the New York scene at CBGBs, but not even the bands had any idea of what the Ramones were about to unleash on Camden 4th July 1976. It was an epic rockets red glare set.

Check out Joe Strummer’s comments about how that one show changed everything for The Clash and many other bands.

People felt that freedom and they could play music again. You didn’t have to play well, you just needed passion and a pair of sunglasses. You could stand up and have something to say, without all the guitar riffery…

“[The show] was like white heat, because of the constant barrage of tunes. One ended, the next began. You couldn’t put a cigarette paper between them.” Danny Fields, The Ramones’ band manager

Years later, The Clash frontman Joe Strummer described rock and roll as ‘a very deep, spiritual thing’, as he recalls the weekend that changed his life forever in an interview. You can see in Strummer’s eyes that the result of The Ramones’ visit to Camden went a lot deeper than contributing to making a name for his band.

‘The Ramones gave the youth of the world a lot of self-respect.’ Joe Strummer

This is why we’re living for live music. The next time a revolution starts, we’re gunna be front and centre.

Check out our live gigs… Shake the Geek, The Lonesome Frets, Tiffany Twisted, Logan J Parker, Albion, The Meffs, The Barking Poets and Max Bianco are all playing the Dublin Castle on the 4th , 46 years on from this epic gig. Be there. 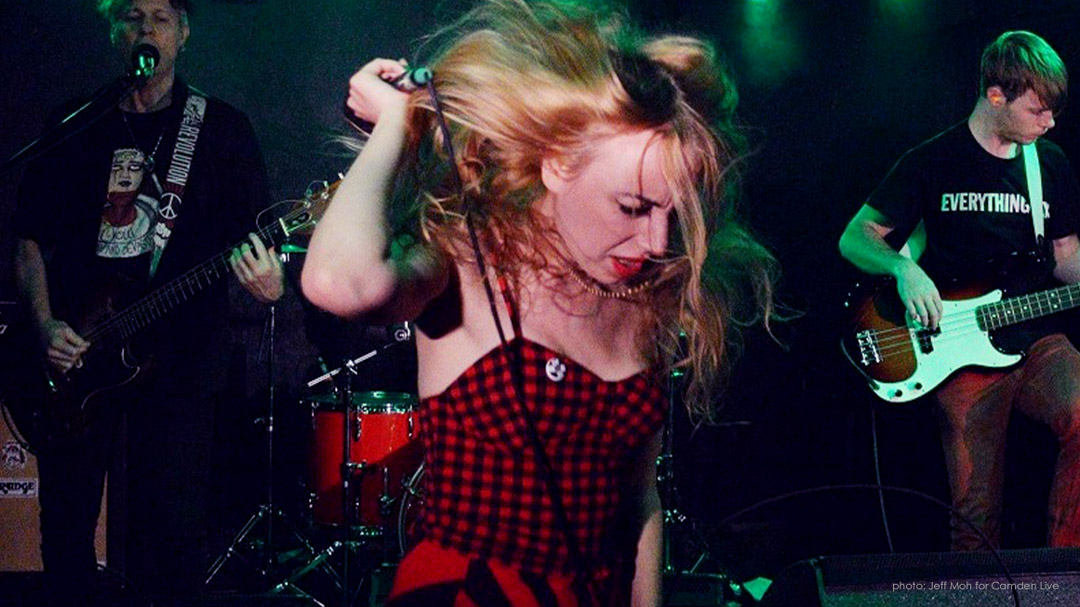