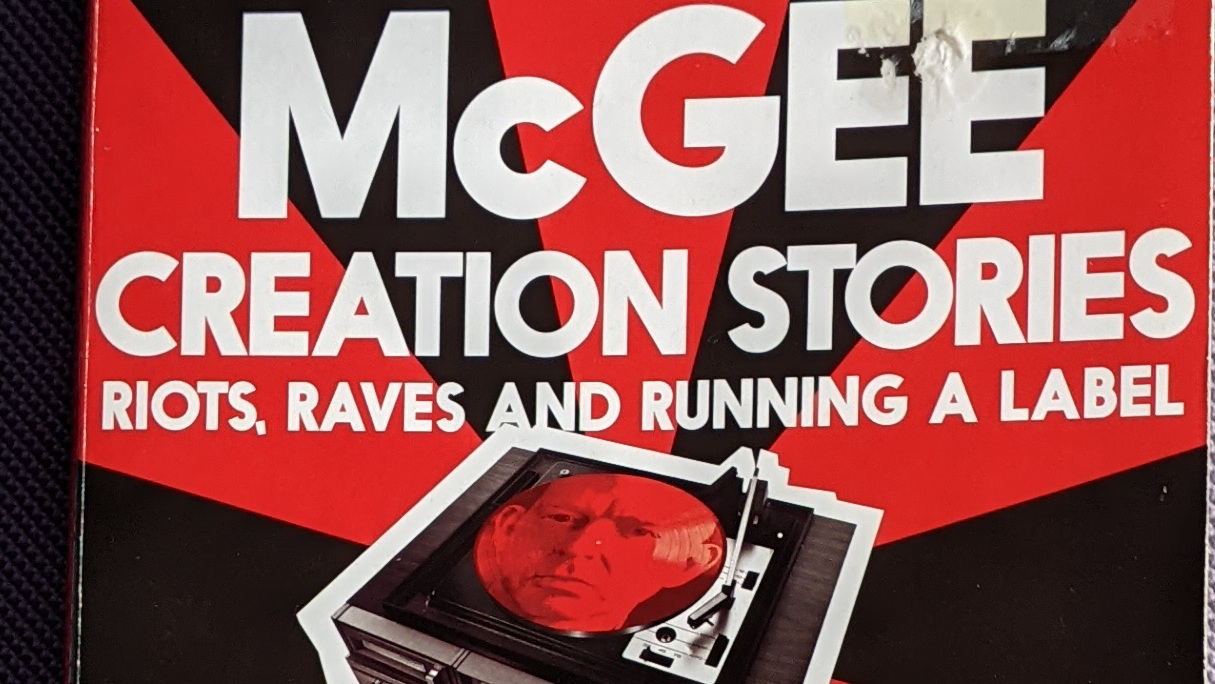 Fear and Loathing in Britpop : Creation Stories by Alan McGee

Fear and Loathing in Britpop : Creation Stories by Alan McGee

It was always going to be a race for Alan McGee between banking millions and self-destruction. He managed to do both. In his candid memoir written in 2013, Creation Stories, (listen/buy on Amazon) he puts into context the drug-infused rage that fueled not only him, but also musicians from bands including: Primal Scream, Jesus and Mary Chain, House of Love, My Bloody Valentine, Ride, Teenage Fan Club and Oasis (check out a selection of Creation tracks on this playlist). I was hooked on the book from the first line: ‘When you’re a drug addict there’s no such thing as jet lag.’ 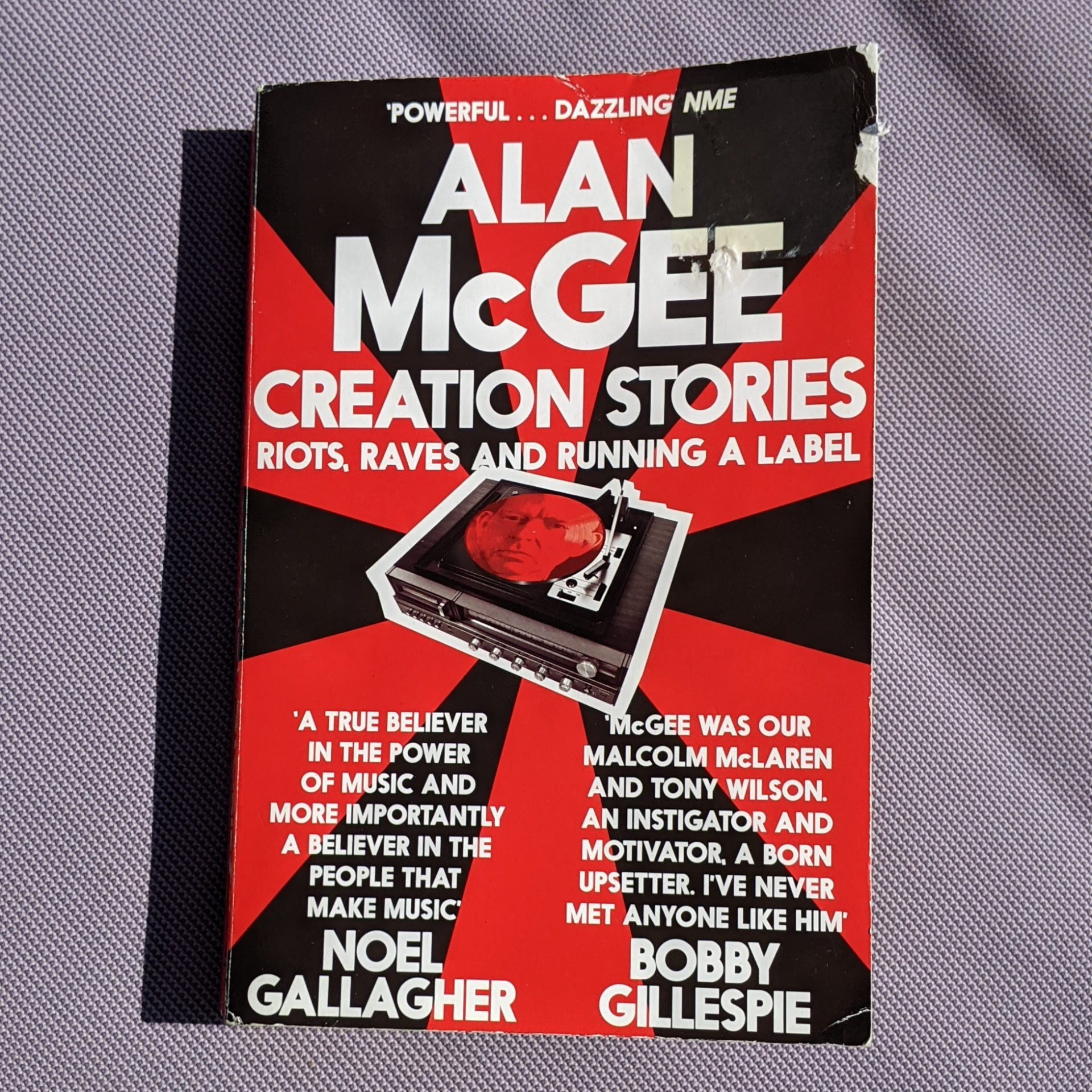 But in 2021, you might see a generally grumpy-looking Alan McGee posting on social and wonder why so many people are still following and commenting. He still does the music nights and DJ spots which draw big crowds. Still seems like he has most of his music mojo even though he damaged himself badly and had to burn a lot of energy to fight his way back. Building up the top UK indie label and then selling it off to Sony is an epic tale. Part of the interest in McGee for sure also comes from his book, where he lays out his life’s tough start, rise, success and reformation in a captivating, direct way.

Getting into punk music when he was 16 was crucial to McGee. His first punk gig was a Ramones show (read how the Ramones inspired The Clash here). McGee explains that it, ‘wasn’t the politics or even the attitude…it was about the simplicity of the music, the way a singer with swagger could make music as good as a technically brilliant vocalist…when I heard those songs I thought, I can do this, I could play guitar in a band like this. And maybe I don’t have to turn out like my dad.’

McGee shares that his dad was a handsome and physically strong man who worked as a panel-beater and was both tired and cash-strapped, struggling to maintain his family. His father looked for solace at the pub and often came home late, drunk and itching for any reason to beat the young McGee. Eventually, he didn’t even need a reason and once attacked McGee in his sleep, punching him repeatedly in the face. McGee left home that night. ‘My dad fucked me up you see,’ explains McGee, ‘but you could say in quite a brilliant way – it formed my personality and led to the success I had. In the end, there’s not much you can be scared of that’s worse than your own father trying to really hurt you.’

Yet, reading the book and the details of drug abuse that soaked his body and psyche in combination hair-trigger violent reactions that McGee could easily unleash. You might think his comments about his father reflect more arrested development and misplaced sympathy for his own abuser, but that is also looking at the past with lenses from today. What is for sure, without doubt, is that McGee rode fearlessly and often on the brink to become a legendary A&R guy.

The book is full of insider stories about discovering bands and guiding their record recording sessions. In some cases you might wonder who had more influence in making great music – McGee, Creation or the band themselves. The big story though is about Oasis.

Meeting Oasis could look like a coincidence. McGee happened to see a great band on a particular night and signed them. But if that’s all you see you are missing the impact of the natural forces around us. I’m not talking about fate or black magic (although if McGee could have sold his soul to sign a megaband you would believe he would at least seriously have considered that option).  It’s more about how Creation and Oasis were driven by the same factors – low-income upbringing, abusive fathers, massive drug abuse, hunger to chart songs plus an almost psychopathic self-confidence that they could be huge. If it hadn’t been that one night in Manchester, McGee would have intersected with Noel and Liam Gallagher somewhere else and signed them there.

McGee saw something that no one else was looking for. It was that ’90s edgy, fierce fire that filled the personality gap of so much forgettable pop music of the day. McGee saw that the friction between these brothers would make their live shows unpredictable and maybe even a bit scary – which was fresh for fans.  Check out the wibbling rivalry interview for some flavor. McGee’s vision also helped produce the first Oasis album, which without his guidance may have been just another shoegazing vinyl on discount at Rough Trade. 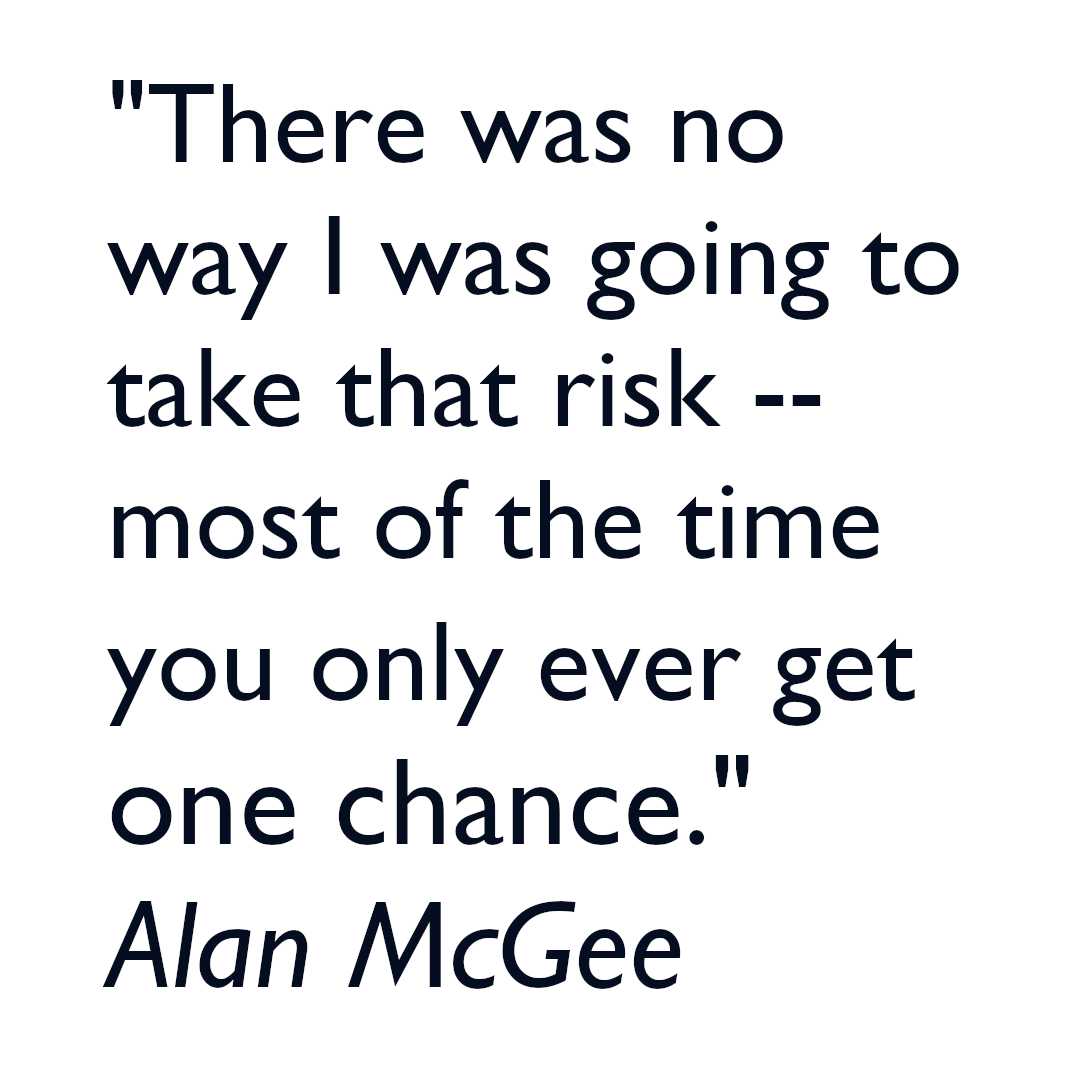 At first, the recording sessions for the debut Oasis album were not going well. Explains McGee, “It wasn’t working — the demos Noel had given me were better than the studio recordings. They were trying to record the instruments separately, something that never works for our bands. It was another of our links to the 1960s; our bands worked best when they recorded live. Noel was innocent at the time and said, “Oh, we’ll get it right by the second album.” There was no way I was going to take that risk — most of the time you only ever get one chance.”

McGee is actually looking for his second chance now though. He tells the story of how his drug abuse almost put him in a grave and then about his recovery and self-imposed exile out into the countryside. But even as lord of the manor, rock and drugs chased him down. He tells some great stories about how the Libertines challenged his resolve, mettle and patience. After he found some sense of inner peach though, probably he got bored looking at sheep on his estate and missed the stale, yeasty smell of music clubs. So years after his breakdown, he’s ready to roll again. McGee’s second shot started more recently when he set up a new record label, It’s Creation baby, and signed The Clockworks – a band full of fire and mixing sounds from new wave, punk and rap into their own killer tracks.  Read our interview with Clockworks here.

Also – catch Oasis documentary Supersonic on Amazon Prime or other streamers. McGee has a cameo.