At what point does something stop being the next big thing and become currently big? It’s easy to be cynical about “the next big thing” or “next big voice”. Rarely does a day go past in our fast cycle of online content without someone or something being heralded as IT. But that cynicism aside, Georgia Crandon (who has drawn murmurings of “next big thing”) sure can sing.

Arriving at her recent show at the Camden Chapel I wasn’t 100 percent sure what to expect. It’s a slightly out the way venue on the beautiful Camden Square. An interesting choice when you consider its iconic status these days as the once home of Amy Winehouse whom Crandon has been clearly influenced by and often compared to. The Camden Chapel is inside the London Irish Centre so stepping into the building initially makes you feel like you may have taken a wrong turn.

A gig in what felt like a hotel lobby or community centre? Which, tbf, the main portion of the building very much is. But shortly after arriving we were shown up to the Chapel itself, round and round up the winding staircases.

The Chapel itself is a very charming space. Small, stripped back and intimate. With its covered windows, low slanting ceilings and small stage it certainly is a little hidden corner of North London worth seeking out.

Georgia Crandon is only 23 but she’s already managed to pack in a fair few accolades. Back in Essex, she began her music career back in 2015 when she came 2nd in a national music contest called Teenstar. Since then she’s gone on to join forces with her band (the Vintage Youth).

Georgia & The Vintage Youth are broadly a blues-pop genre band. Her sound combines a number of influences ranging from ska, to jazz, through soul. And then, of course, there’s the vocals. Much has been made of Crandon’s voice and the obvious comparisons have been made to the likes of Paloma Faith and Amy Winehouse. The Winehouse influence is evident. From the vocal style even through to Crandon’s personal fashion sense and makeup. That all said she’s managed to bring together these well-established influences and create a sound that is very much her own.

Crandon has released 3 EPs all of which have received airplay on BBC Radio 2. She’s also worked with some eminent names on them including Dave Swift (of Jools Holland), Neville Staple (The Specials) and Mo Pleasure (Earth, Wind & Fire). She’s gigged all over London and had a residency in Shoreditch, at The Lighthouse.

When Crandon took to the stage she instantly had an easy, seasoned charisma as she introduced her songs. She’s clearly very comfortable on stage and this is far from her first rodeo. One of her first songs was “The Girl”. A track she wrote back when she was 18, working in a local pub when- in her own words- she “didn’t have much personality yet”. Its catchy bass line combined with the ragtime sounding piano and Crandon’s bluesy, low tones. Another stand out track was the contemplative “Over Thinker”. She also threw in a couple of covers which proved to be high points. “Wonderwall” is a song that’s been done to death but in this instance I actually found it a quite refreshing version. She also sang The Ronettes “Be My Baby” as a nod to the vintage sounds that she so clearly loves.

Whilst there was much to admire and enjoy at Wednesday’s show I did wonder if it was a little sedate. There was a strong contingent of friends and what seemed like long term followers. At times it felt a little like a showcase more than a gig. I would be curious to see the group in a different environment. Somewhere with a bit more grit to it. The venue itself is not without atmosphere and Georgia and the Vintage Youth definitely put on a good show which the audience enjoyed but I was left wondering how they would feel in a different space. Could they hold their own in a dive bar where no one knows them?

They’re certainly worth keeping an eye on… I suspect the best is yet to come. 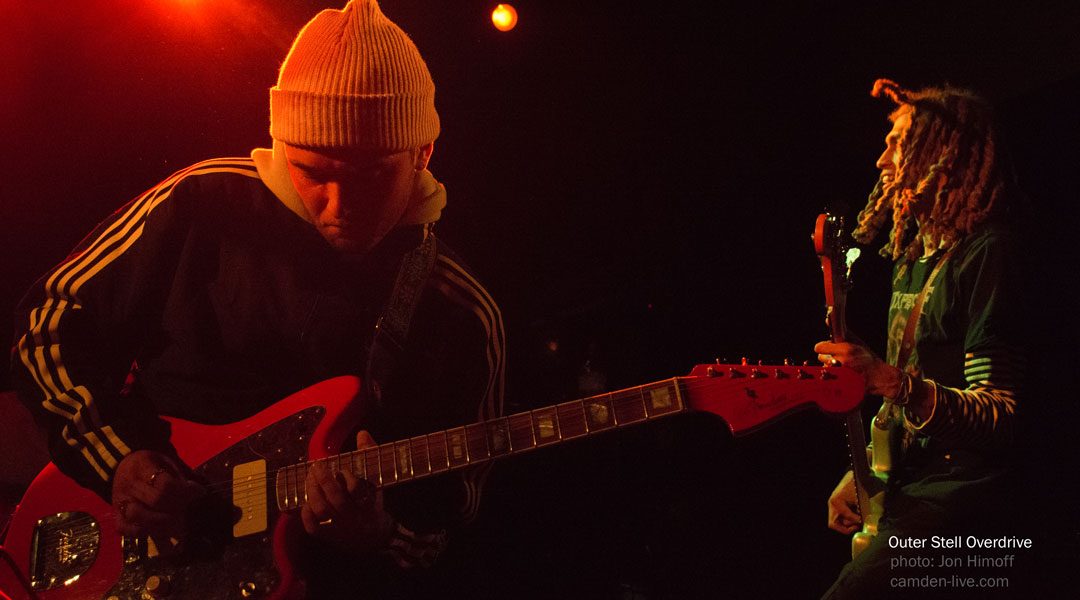