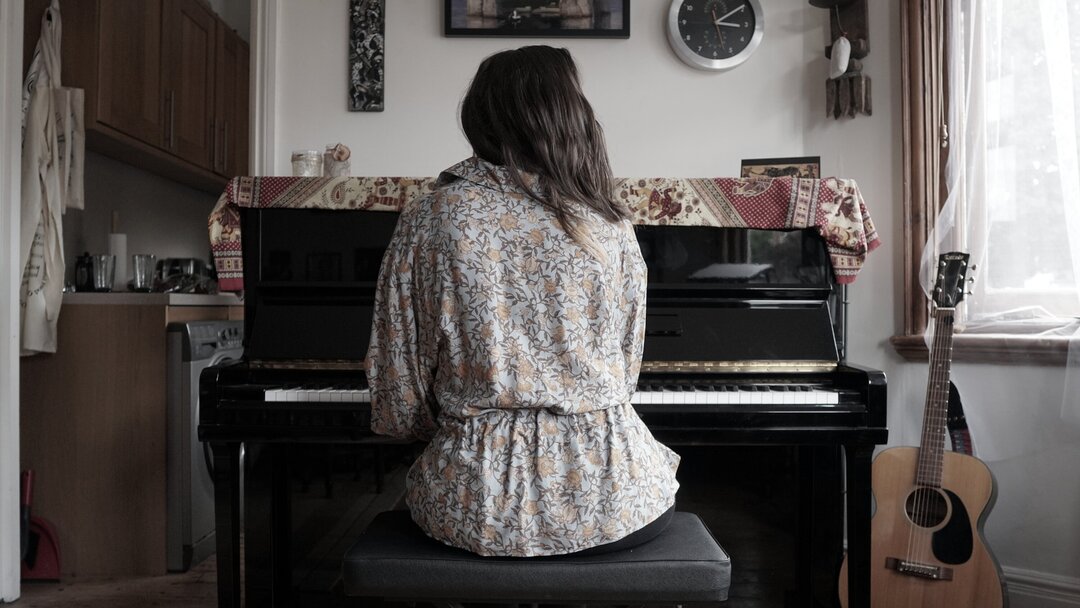 Jana was one of our strongest singers yet on the stream, it was an amazing show, with Ninety’s Story bringing us their funk lofi/alt music and some new tracks from the soon-to-be-released nouveau album, a full on rock n roll set sans electric with Vodoo Radio (so we “know they can really sing”), Danny R with his down-to-earth tunes and earthy vocals accompanied by Paul Gillings, the “best harpist in the world”!

Meanwhile, Jana blew us away with her voice, which sounds kinda like Norah Jones, Joni Mitchell and Gwyneth Herbert had a musical baby. She has a killer vibrato and an impressive ear that means she is always in tune.

And she is right up my street, because, as Jon says, “we have a lot of girls on the show” which is probably my penchant for amazing female vocalists. I promise to book some more grizzly rock men in the interim, but for now, here’s the interview with Jana from the latest stream…

How’s things with you? How’s the lockdown been?

Well, in a way it was a blessing, because I got to do all the things that I didn’t get to do when I had to do my day job, which is writing recording and just practicing, you know, just doing music, really. So it was good on that side of things, definitely.

And I got to get down to finally preparing my next album properly and seriously.

That’s exciting. Time for me has been moving both slow and fast. Every day goes kind of slow, but then it’s all gone by quickly in some other dimension.

Do you feel like the songs you’re writing have been influenced by everything or was there stuff you had in mind before [lockdown]?

Well, um, I don’t think they were influenced by the lockdown itself very much because I promised myself that I’m not going to write songs about… confinement! *laughs* I don’t know, it seems like something that should pass, or, hopefully it will pass and looking back on that, I wouldn’t really wanna look back …

I feel like isolation and thoughts about isolation might have crept into the music, but I don’t know, that’s for others to judge.

So what was life like for you in London before the lockdown? Do you remember? Did you write down any notes so we can refer to it?!

What got you over here?

The music, really. I was doing music before, obviously, but I always wanted to write my own songs and I was always singing for my whole life but I never figured out how will I do it.

Shortly before I came to London I started writing my own music and getting my first songs out there. Camden was actually very important for me in the first year, the first two years, definitely, because I got to sing at those first open mics in those little clubs there, and then I was living in south London, and then eventually I moved up north so Camden was the first place that was, you know, allowing me to express myself musically.

I love the slide guitar… Where’d you pick that up?

That’s a good question. I guess I was just listening to Bonnie Raitt too much.

*laughs* You can never listen to Bonnie Raitt too much! That’s not possible.

When did you realise you were going to be a musician? Was there a particular thing that you can recall that put you down this path?

Oh yeah. Actually, that was a very particular thing for me and it’s quite a funny story, because, the reason why I’m doing what I’m doing now, there was, one particular moment that happened when I was four or five, or something, and there was Roxette on tv, and I saw that gorgeous singer, have you ever heard of Roxette?

You heard that song and you were like, “omg I gotta do that”?

Yeah, I wanted to be a singer, since then, and then it was a long windy road, I studied classical music and I studied piano and ended up doing this.

Amazing. What are some of your favourite musicians that you were listening to? Back in the day?

And then late on I discovered Joni Mitchel, James Taylor, Bonnie Raitt and the blues in general. So just kind of a fusion of folk and blues. That’s what I love, really.

What are you working on next? What have we got to look forward to from you?

Well, I’m working on an album, most of the songs are now ready, in terms of being composed and arranged. So I’m just looking for the right time to get into the studio, basically. And to get to rehearsing with my band, if we can.

Are you working in a local studio in Camden?

I was previously working with Tile House Studios, which is just outside London, but I’m still looking for a studio for this one. I haven’t decided yet, you need to shop around, which is kind of impossible now.

Yeah, I understand. Ok, well good luck with that, we’d love to hear it when it comes out, so we’ll share it around…

Thank you so much Jon, that was fun, cheers.