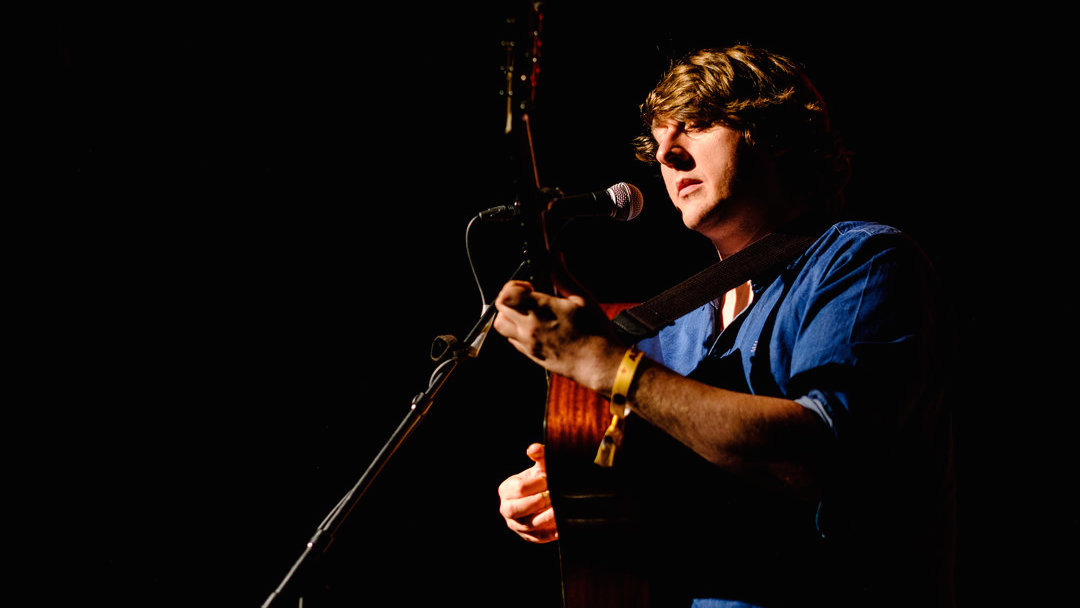 Folk and Fire: An Interview with John Blek

Folk and Fire: An Interview with John Blek

John Blek is a folk music delight. His songs bring us a mix of stories along with a drop of humour.  Originally leading the band John Blek and the Rats (they were named after French graffiti artist Blek le Rat) he’s now branched out on his own.

Ahead of his show at the Green Note, we had a little chat.

So, you’ve been on the folk scene for some years now – how did it all start out?

I started playing and writing when I was 16 and the legal drinking age in Ireland is 18, so that’s the age when I was allowed into pubs to sit in the corner and sing. So then I was doing the pub scene, and after college I kept on with it, you know, to keep a roof over my head.

But then I got tired of that, so then I started writing songs for a project I was going to call ‘John Blek and The Rats’. And then as the group, we did that for about 6 or 7 years. But in our late 20s life got in the way a bit, as it does, so we decided we needed to focus on our future. Which is how I came to be doing what I am now.

And so music was there for a long time? Did you grow up with it?

No, it’s really odd because often people assume that if you’re working in music you come from a family of musicians or have relatives working in music. Music was never really in my family at all. One side of them were butchers and my other grandad was a car salesman. And our tape and record collection at home when I was a kid wasn’t exactly extensive. But I can remember this cassette we had that was of Willie Nelson duets, with Ray Charles and stuff by The Highwaymen, that kind of thing. So I suppose my way into music was seeing it, loving it and then sticking with doing it through thick and thin.

And why folk music particularly?

Well there was that Willie Nelson cassette, which is country but that’s derivative of the same thing. It’s the historic element to it and there’s an artistic element to it, some of it’s based in fact some of it’s fictional. It’s a record. There’s something more to it than say, some pop music. Which is a lot of introspection, love stories and so on. Folk songs are essentially 4 minute stories.

Yes, your work often seems very narrative. Is that something that particularly suits folk music?

I think it’s very well placed to tell story. I enjoy taking pieces or sections or ideas of different stories and finding new ways to tell that story. So there’s a project I’ve begun recently with Ben Walker and there’s one song we’re writing called “Blood Red Sky” and it’s a retelling of a story about a husband and wife who have a changeling child. And looking at stories like that from a modern perspective.

So maybe they might have had a deformed child or something, and they were very upset about it and thought, “We need to get rid of this child”. I mean, there’s a lot of morbidity in it.

And do you find that there are characters or ideas or themes that you return to again and again?

Yeah, definitely. I go back to themes because it gives me structure and a palette to work from. So the album that came out in 2017 called Catharsis was all songs of water and sea. So like, a man who has to go away and work on a cargo ship, so that water brings life. And then, “Thistle and Thorn” was about the earth and the world wonder around in. And so the next one coming out is called “The Embers”. Which is fire and destruction and creation. And then the one after will be about air.

You write about nature a lot in your work – why is that? Do you find it particularly inspiring?

We’re surrounded by it. It’s kind of difficult to avoid it. I find that (…) I try to look externally when I’m writing, because I think too much introspection can result in a dour record, or too self-involved.

So I think the communication of these songs – if people are to find understanding or solace or humour in them then I need to look at the things that are universal. These are archetypes that we can draw on to bring us together.

And nature is that omnipotent thing. If you live in the country, it’s all around you, if you live in the city, it’s there in a vase on your kitchen table. It’s just a universal thing. I don’t get to experience it as much as I’d like out here at the moment with this pissing rain.

That’s interesting. That commonality that you just touched on. I think it’s fair to say we live in a time when empathy is on the decline. Do you think then that music is more important than ever? That it comes into its own?

I think so. We’re at a particularly apathetic point in social history. I don’t know if it comes into its own but its always going to exist for those who are willing to engage. I don’t think anything I write on an album is going to change the world but it brings a potential for people to connect in some way. And that’s the best I can hope for. Music- and I think folk music particularly, is always going to be about social and political issues and change. You see so many songs about mental health or homelessness or things like climate change. A lot of that is really coming to the fore. And that’s necessary and if that starts that discussion with anyone or if that adds fuel to the fire in anyone then it’s done its job.

I’m gonna sound like a hippy now and I’m really not but the goal is to bring people together. Even if that’s just for the hour and a half you’re in the same room with them. There’s been this sense that there was a lot of progress in the last 50 or 60 years and there’s a sense now that maybe we’re going backwards. There’s too much division in our society. So wouldn’t it be nice to bring 100 people and an artist together in the same room and them all feel the same thing at the same time? Break the divide.

Absolutely, it’s an hour in your day that can be an escape.

So later this month you’re playing the Green Note in Camden? Are you looking forward to it?

Yeah, I’m really looking forward. I’ve never played there before but heard a lot about it. It’s funny actually because my UK gigging experiences began on Parkway, on that street. When I was about 22-24 myself and the band used to go over and play the back room of the Dublin Castle. Although it was less of an artistic endeavour at that point and more of a travelling party. We had some pretty incredible nights on that road. So I’m looking forward to getting back there and having a slightly (slightly) more mature experience. It’s gonna be fantastic.

John Blek is playing The Green Note on 27th of February.