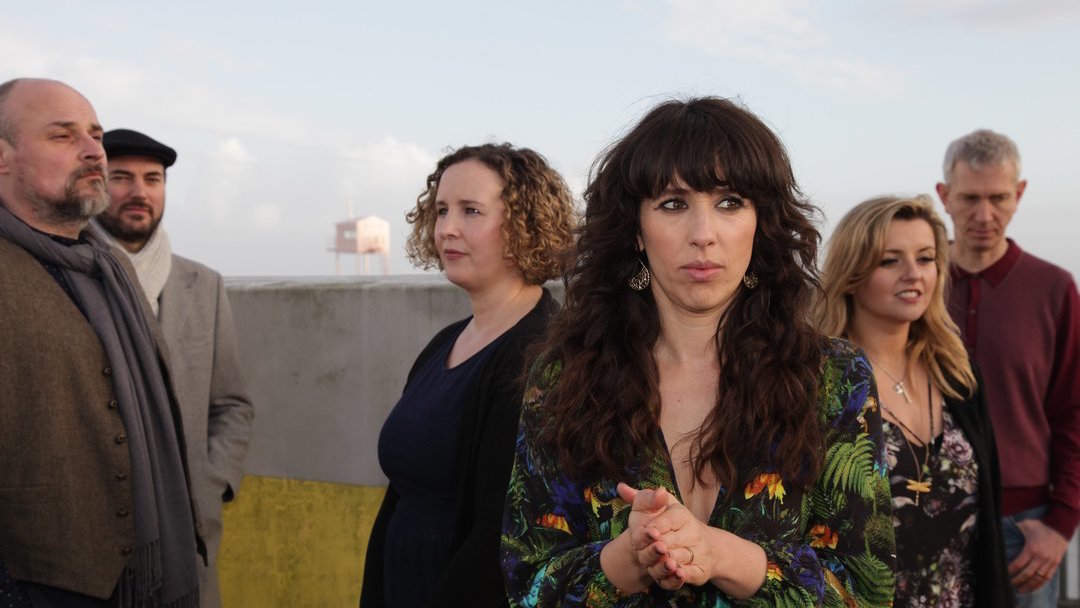 Let 9Bach Tell You A Story

Let 9Bach Tell You A Story

Lead singer Lisa Jen held the audience in the palm of her hand from the moment she stepped foot on the small, intimate Kings Place stage. With her long, flowing mane of dark hair and floor length dress, she reminded me of a sort of Welsh answer to Kate Bush or Stevie Nicks. She has that floaty, earthy, hippie vibe, paired with a striking voice. Lisa’s warm, calm presence onstage drew the audience into her musical world, and the rich soundscape made everyone want to stay.

There aren’t many Welsh-language bands active today. It’s a brave choice to have all your musical output in a language that only a relatively small number of people can understand.

9Bach’s confident, unique sound is a hodgepodge of different musical genres and traditions – but always rooted in the Welsh folk tradition. Their music is atmospheric and evocative, rich in identity and creativity. Their carefully crafted sound features strong instrumentals with a Celtic, folky sound and an ever-present sense of ethereal, mystical wonder.

Jazz / folk / ballad / soul / R n B – 9Bach tiptoe the line between genres, unafraid to change the sound and direction of a song. They suddenly shift from folk to 80s synth vibes and basslines that hint at something heavier – 90s alt rock, grunge and rock n roll.

The vibe they give off is fairytale-like, mesmerising, captivating – especially given Lisa’s enigmatic stage presence. Lisa’s introduction to the different songs help me gain a better understanding of the depth and meaning behind their work – it feels very personal, and listening to 9Bach feels like being told a different story with every song. These are stories about background and identity, love found and lost, families brought together and torn apart.

As Lisa explains between songs, the band started out performing cover versions of traditional Welsh songs, then moved on to creating their own original songs. A lot of their music is built up around rhythmic and repeated melodic lines. They let simple sounds speak for themselves: lone harp sound and beautiful vocals clear as glass.

As non-Welsh speaker, not being able to understand the lyrics gives 9Bach an air of mystery. It also has me thinking of how meaning can transcend language. Lisa told us a song was titled ‘First Love’, but even if she hadn’t, I would’ve known. Another song was introduced by Lisa as being about a young woman dreaming about having the freedom of a fish swimming in a river, before tragically drowning. The feel of the song is sad, melancholy – but with a hint of fantasy and hope.

I find it interesting how the band manage to convey meaning and depth with every song, even though I don’t understand a word of the lyrics. In between songs, Lisa ruminates on the boundaries of language and translation, explaining that some things are lost in translation. The choice to perform in Welsh is one that is important to her, and the name of the band has significance – ‘Nain’ means grandmother in Welsh, and ‘Bach’ means little and is also a term of endearment. In an interview with Real World Records, Lisa said:

‘Welsh is my first language… my creative brain and ideas swim in the small streams that run into the crystal clear lakes— LLyn Idwal, Llyn Ogwen, the Ogwen Valley. I can’t escape that, it’s in you if you’ve been breathing this air since forever. The language comes hand-in-hand with the landscape, your culture, and the stories you tell.’

Check these for more of a 9Bach vibe: