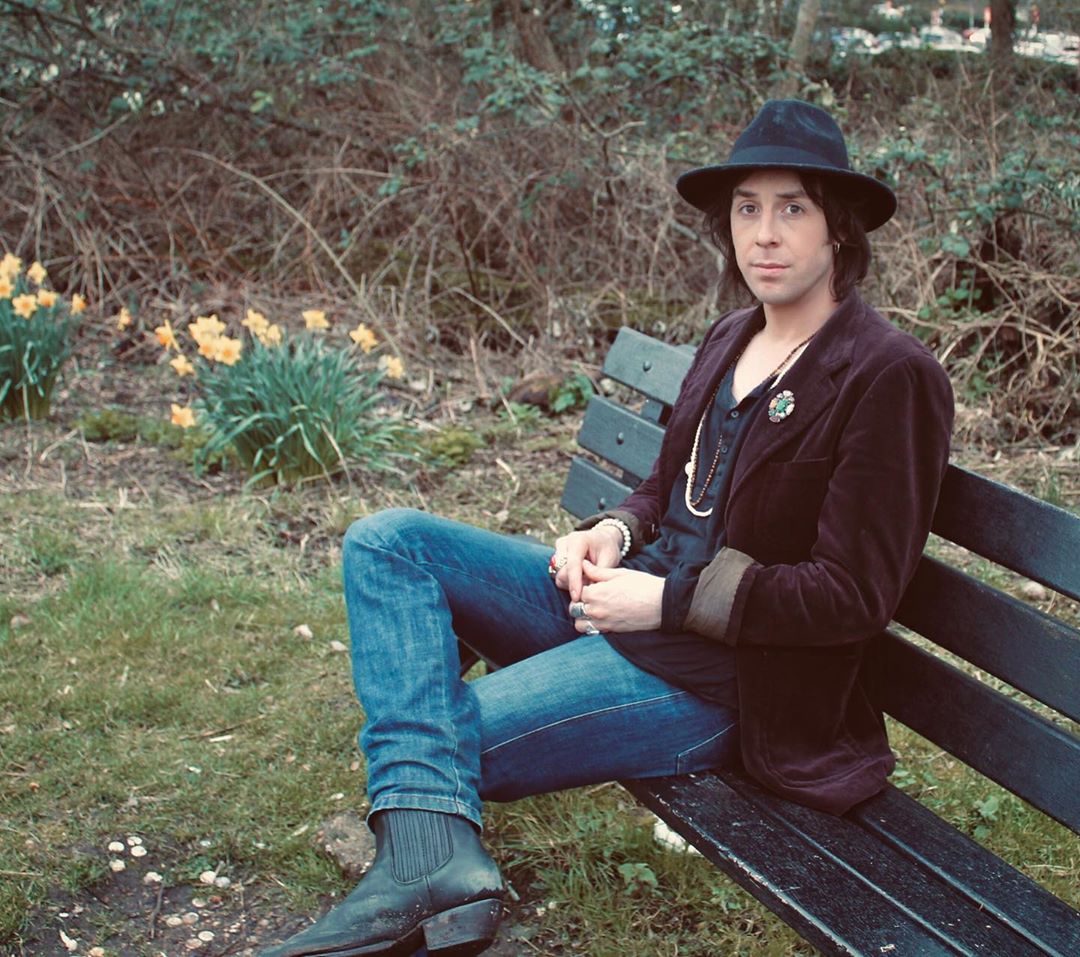 Shortly before lockdown, we spoke to Joe, the man behind Riverchild. A lovely little ditty singer-songwriter. If you like Dylan, the Doors, and want to hear them again, check him out. Here’s what he had to say, on that day.

RC> Yeah. I’ve been trying to avoid it to be honest. I don’t live in London at the moment so it’s not quite as scary

RC> So I live in [inaudible] at the moment. Yeah, I’ve moved this way [inaudible]

MS> I’m recording this just so I can transcribe it, if that’s cool

RC> Yeah sure sure that’s alright.

MS> So you are Riverchild.

MS> So is it just one child? Not children?

RC> So it’s just Riverchild as one word, really. It’s come about to be really a bit ambiguous rather than just… it’s sort of like a mix factor term really. It just comes off a bit better because I didn’t really know if I wanted to do it as a band or alone so I felt like it’s a better option.

MS> I’ve listened to your stuff and in some of it, you’ve got a lot going on. Do you work with other people?

RC> Sometimes I do and sometimes I don’t. It just depends because I don’t want to put too much on it… just sort of like light drums or something. Recently, I haven’t really used drums on records, I’d just prefer if it sounded live so people know what they’re gonna get live.

MS> You’ve probably had some canceled gigs, but did you have any gigs coming up?

RC> Yeah. I’ve had a few that I had done over the weekend. Right now, I’m just in the process of booking festivals and just waiting for their confirmation, but I’m not sure whether I’m going to be going on with it. It’s a shame, really.

MS> Bit of a shame indeed!

MS> So is Riverchild your first outing as a musician or have you done other things?

RC> Yeah. Pretty much. I’ve been doing it for a while. I’ve been in a few bands here and there but it’s better on my own, because I have this freedom. I can pick up my guitar and play wherever I want to play and when I want to play.

MS> Do you find that being a singer/songwriter you have to play in certain festivals or do you feel like you can play anywhere?

RC> I can pretty much play anywhere. I’ve played at Supporting X and I was doing residency at The Hawley Arms for a while and I felt like it was much easier. I could have bands and play before the bands and I definitely find it nicer because I have more options on my own.

MS> Alright. So you have a long history in London, but then you moved out. Right?

MS> Have you had a venture in the south?

RC> Yeah, sometimes. I’m usually always either close to North London or in North London so South London is like France to me… it’s pretty far

MS> So what else is new? What else have you been doing?

RC> I mean I’m really just in the process of recording at the moment. And as I said before, I’m trying to book out festivals, but I don’t know. The last couple of weeks haven’t been easy, because I don’t really know what’s going on. Some people I know are saying it’s going to be that way until the summer, so I’ve been stuck on a lot of things.

RC> Well, that’s why we’re doing on the phone

MS> Yeah… Social distancing. Have you been distancing yourself socially?

RC> Not really. I mean I’m not a big fan of pubic transport but I assume that living in London, you kind of have to. Don’t you? And no I’m not really distancing myself because I don’t see the point of being too panicky, really

*This interview took place juuuust before the measures, none of us knew at that moment, well, some did.*

MS> Alright. So who are your influences? Who do you listen to?

RC> A lot of Bob Dylan. A lot of that National Skyline album. I’m also into a lot of Brit-Pop… stuff like Ian Brown, bands like that. I know them all in the back of my head… sort of like the 60s style. I tend to listen to the same song for like two weeks. I get obsessed with that one tune.

RC> Yeah. I feel like I just kind of get obsessed with this one song. I think that if I wasn’t into writing, I wouldn’t be the same but if I listen to a song and I like it. I don’t really direct it, I just get into listening to one tune at a time. It might even be like 3 or 4… like one band or something. Like The Doors, for example. I was listening to them for like 2 years but then I got sick of them.

MS> Yeah I think I’d get sick of The Doors before 2 years.

RC> I mean I do like them a lot, but they have quite a sound.

MS> I remember in Need For Speed: Underground 2 there was a Riders on the Storm remix with Snoop Dogg on it, and that was my introduction to The Doors.

MS> What was the first song you heard by The Doors?

RC> The first tune I heard was… woah it was so long ago, I don’t thing I even remember. I think it was Crystal Ship.

RC> Yeah. Crystal Ship, the album. I heard that one a lot. They’re a good band. I really like the guitar, I think it’s quite under-rated. I think they have the ability to write nice, little riffs which is very important in music.

MS> What do you play? What’s your guitar?

RC> At the moment it’s just like a Crafter acoustic guitar. I’ve got quite a lot. I’ve got Epiphones and all sorts of guitars. But I don’t really like to spend a lot of money on them, even though I do spend a fair amount. I’m not obsessed with the technical side of music. If it sounds good, I’ll play it and that’s it.

MS> Did you have a “Dylan electric moment”?

RC> Yeah I’ve got Epiphone and share an have my share of electric. But the problem is that my gigs are pretty short at the moment so it’s kind of hard to do both. If I do longer sets then I’d be glad to do it

RC> Possibly something like Great Escape. It’s nice to see up and coming artists

MS> So where’s the Great Escape?

RC> Brighton. I’m a big fan of Brighton… I really like Brighton. It’s a great atmosphere. I don’t really go to many festivals but if I were to perform in one, I’d like that.

MS> How do you publish your music? I found you on Spotify. Do you like doing it yourself and putting things up as you like? Do you feel like that’s a good thing for the industry?

RC> Yeah, I think it’s ok. But the problem is it’s a bit over-saturated. Anyone can put anything out so it’s good and it’s bad in a way. I think the live videos I put out are more fun and enjoyable because you can hide behind recordings but you can’t hide live

MS> Have you read the book by David Byrne? It’s called How is Music Made.

MS> He talks about this change, like how you said you want the live to sound like the record. And this was sort of evolving as this dialectic thing between bands by playing something live, then going into the studio and being like “Oh my god! We have all this technology, meaning that we can do all of these things”.

RC> For me I feel like a record is a completely different thing. I don’t see it as the same thing. I just enjoy it more because it tends to sound better when you haven’t cooked it anyway. It’s more about the vocals and the feeling, but I think some guys need it. I have friends in bands that sound better when they’ve produced it a lot but I just find it quite tedious to keep adding stuff in

MS> Yeah. I feel it. So what’re you doing for the rest of the night?

RC> I’m just gonna rest because I had quite a few beers over the weekend so I think it’s time to detox.

MS> Do you have any upcoming gigs that we can plug for you?

RC> Well, I’d love to say that I have but a couple of them have been canceled and I don’t know, at the moment.

MS> And where can we find you on the social internet media sites?

RC> Instagram is the best. It’s just @river_child_. Yeah I tend to use that the most, and Facebook is ‘Riverchild Music’.

MS> Anything out that we can buy? Like CDs?

RC> Well, yeah. Spotify is mainly what I use now.

MS> If you had to say “I’m Riverchild. Listen to me. Here’s what I’m about”. Which would be the track?

MS> Someday We’ll be Gone. What is that about?

RC> I don’t really know what it’s about. When I wrote it, it was mainly about escapism. It’s like a story about 2 people against the world

MS> Well, thank you for you time!

RC> Thank you for having me

MS> I hope you survive the ongoing storm

RC> Haha. You too 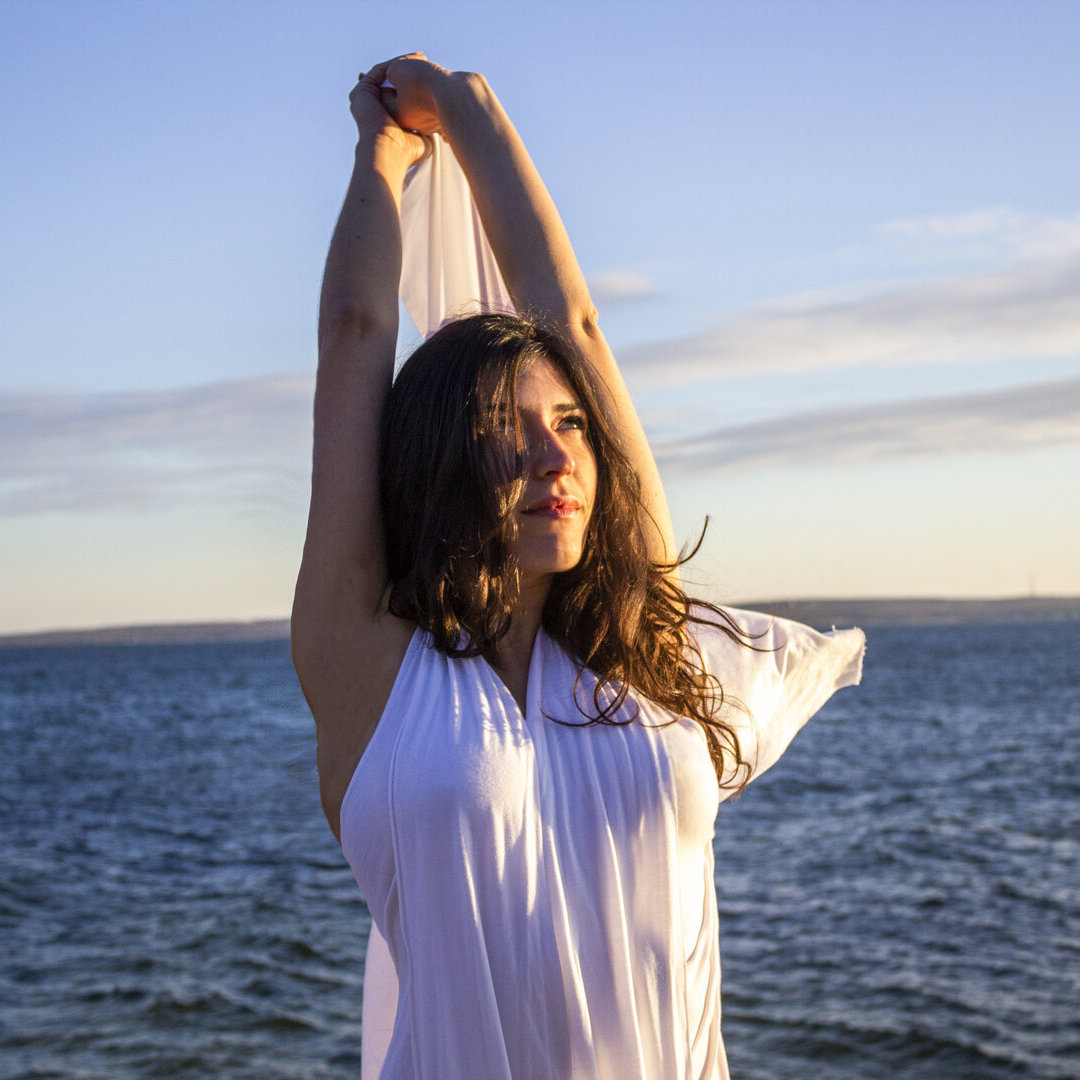